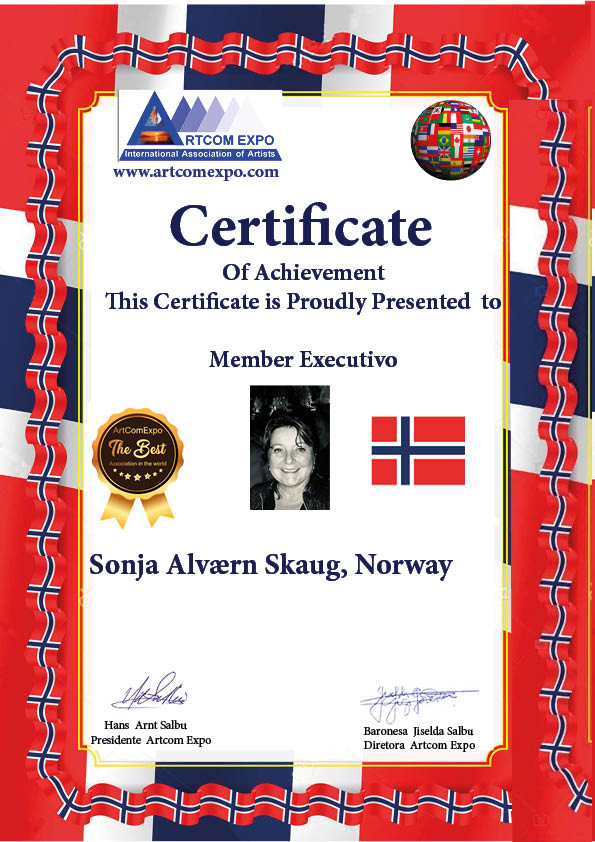 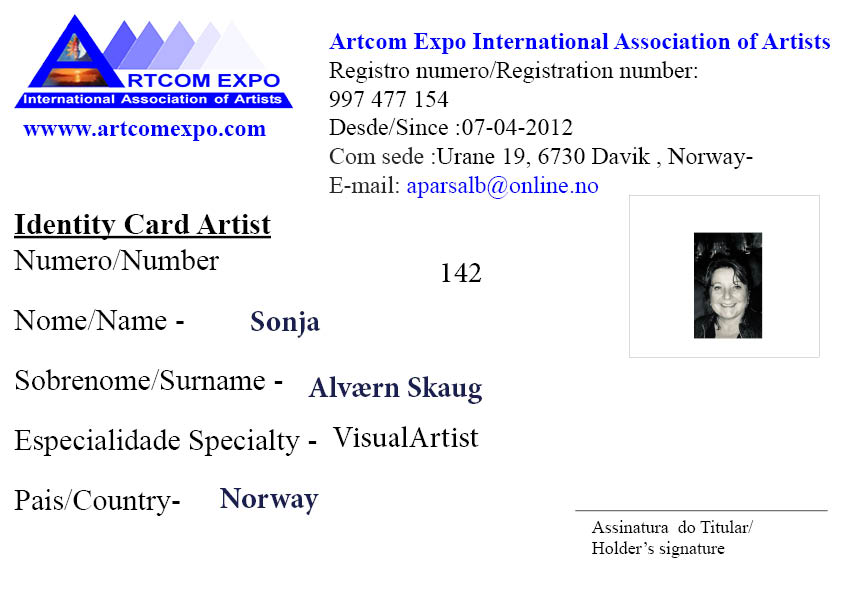 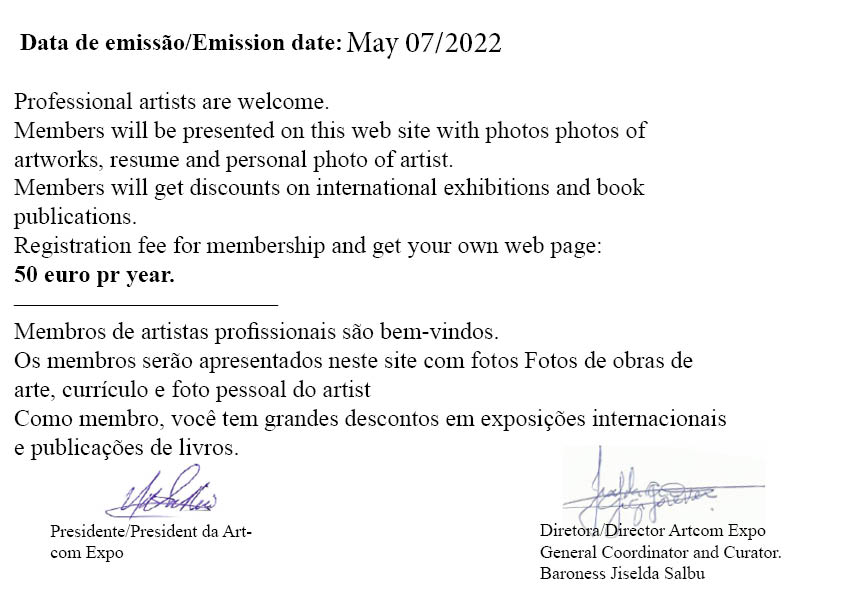 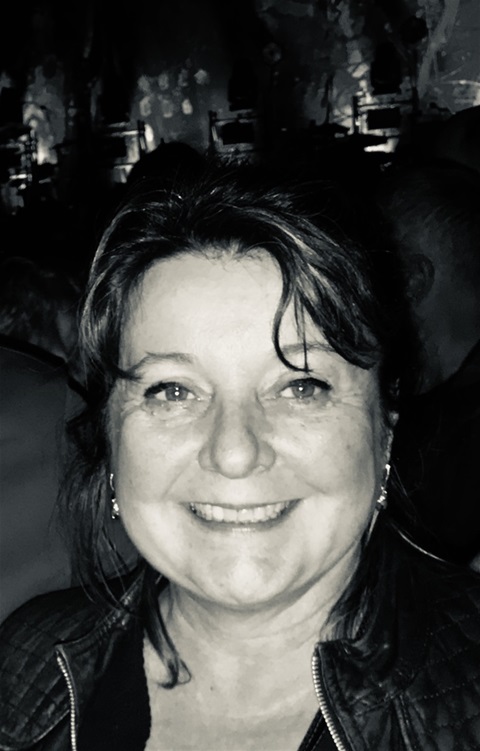 Painting tecniques gives  impression from my 30 years experience as a porcelain painter.All pictures are painted in acrylcolours on paper and canvas with scenes from the Viking Age.

The images focus on Haavamaal and design is inspired by the design of the gold bracteates found in Viking graves.

I have use blue as the background as a feature of Nordic landscape, ice and sea. Gold edge as sign of gold bracteates. I placed a verse from Haavamaal, Norwegian and English, at the edge of the frame on each image.Title of the pictures are "ECHO" (echoing the verse on Haavamaal).

I have also lived and worked in Mozambique and Angola.

Participated in several exhibitions at the "Galeria Celamar", Luanda, Angola in 2005-2008, with the design from an old design of Angola. New exhibition 27 July 31 August 2013, in collaboration with Balestrand on Bøyum 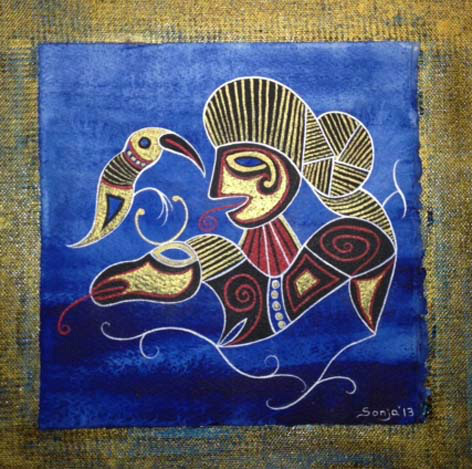 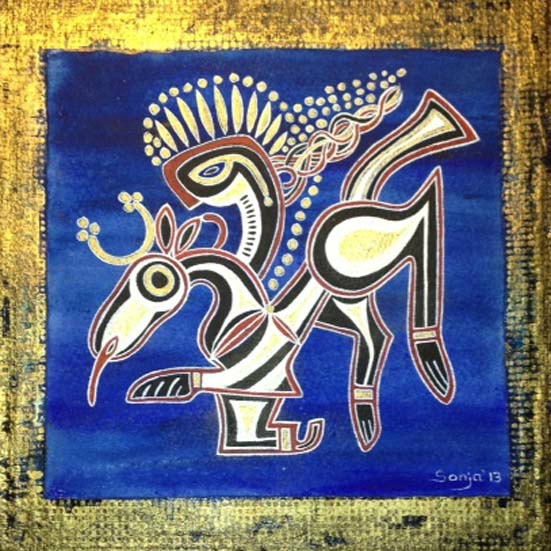 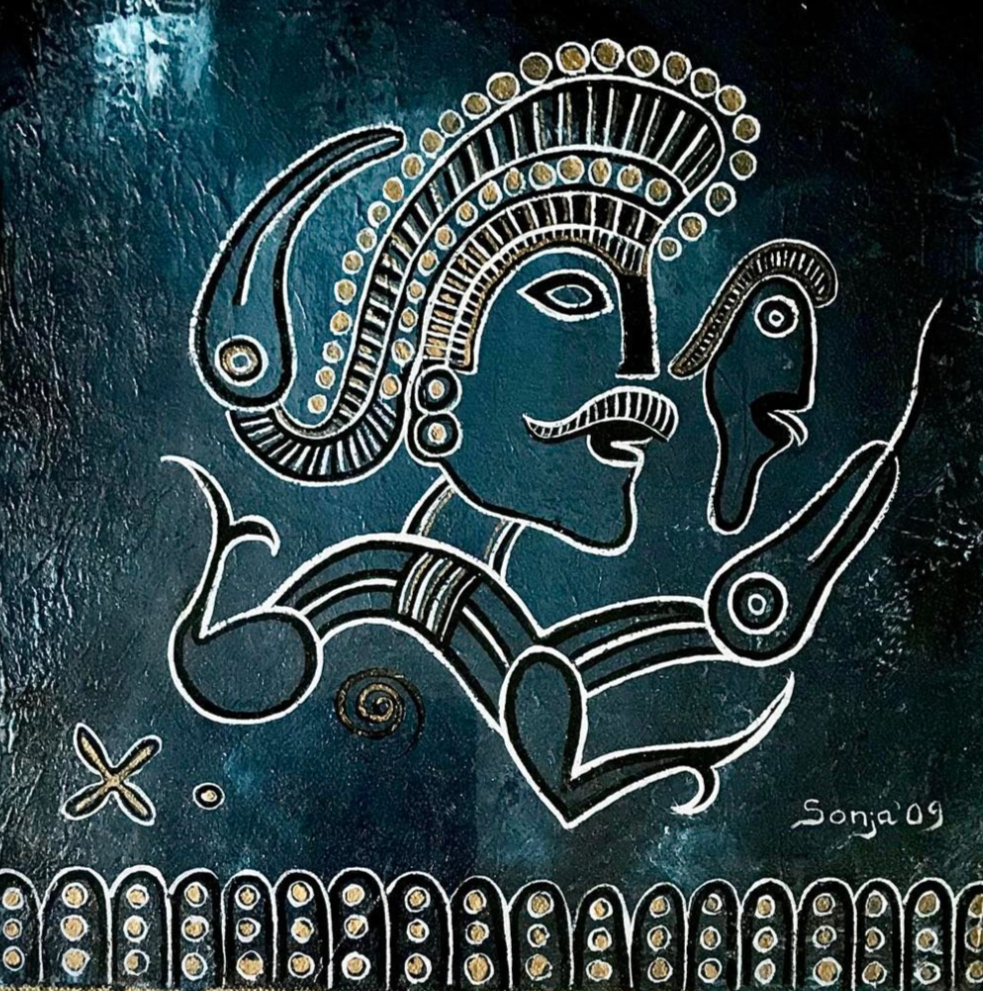