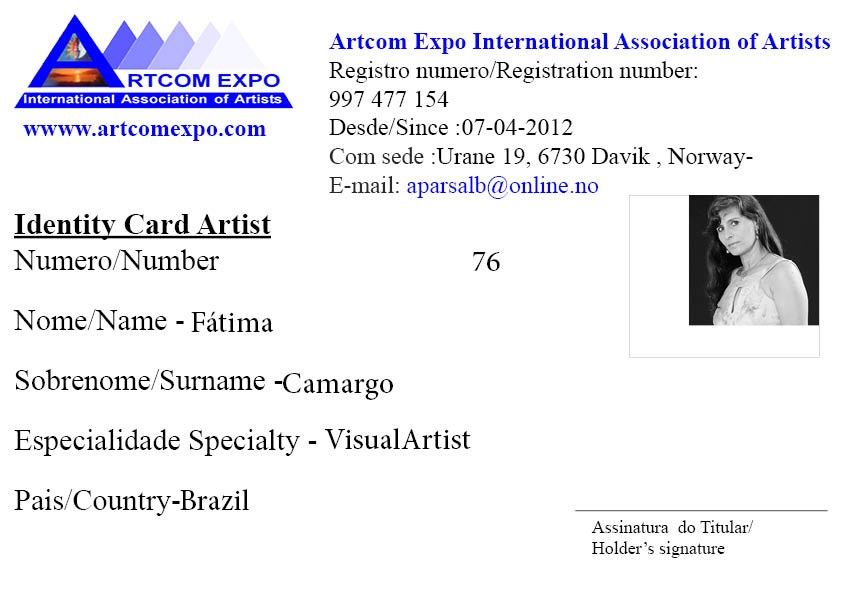 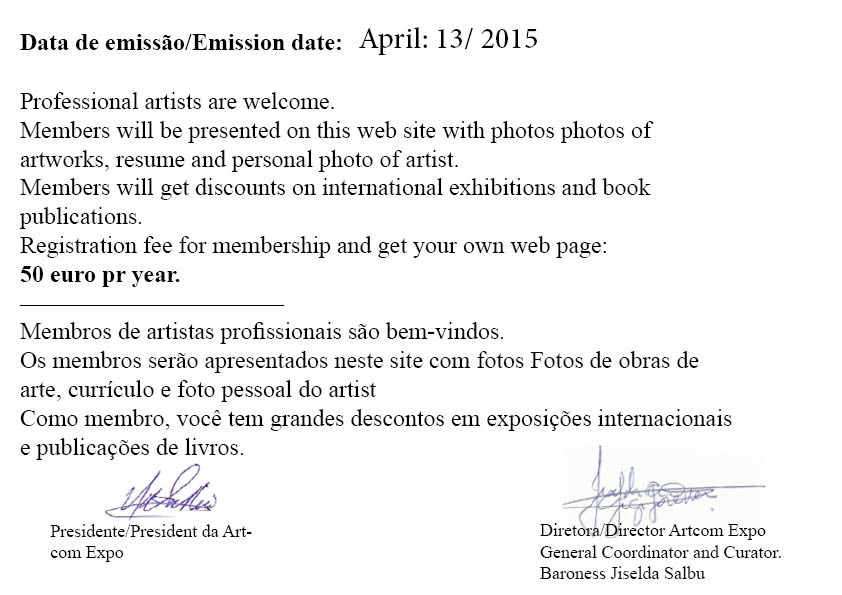 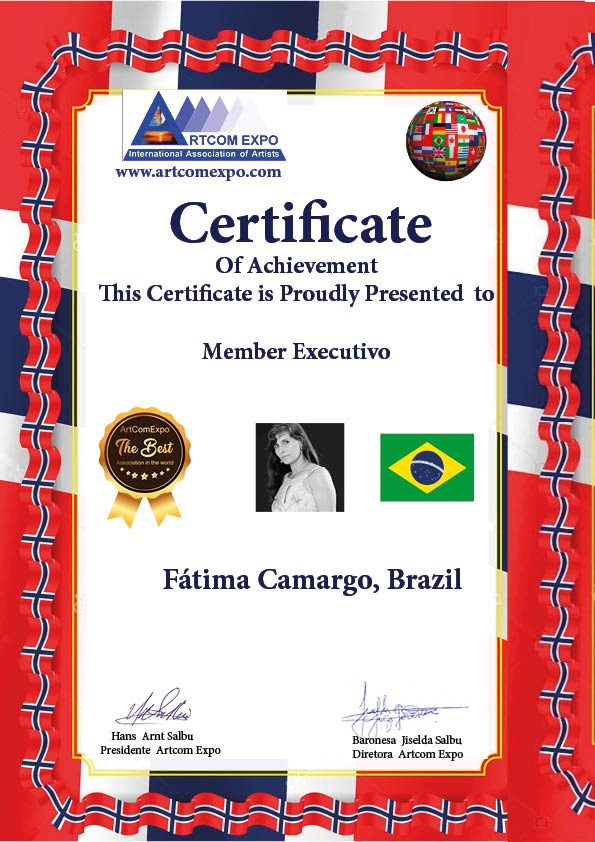 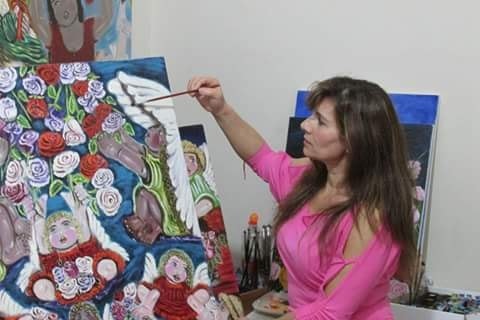 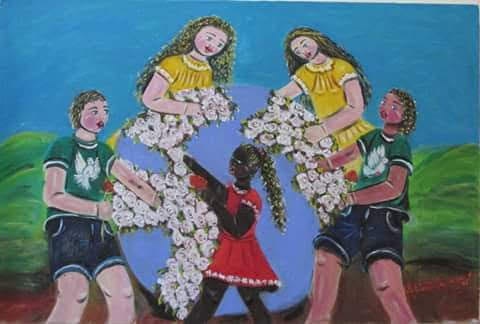 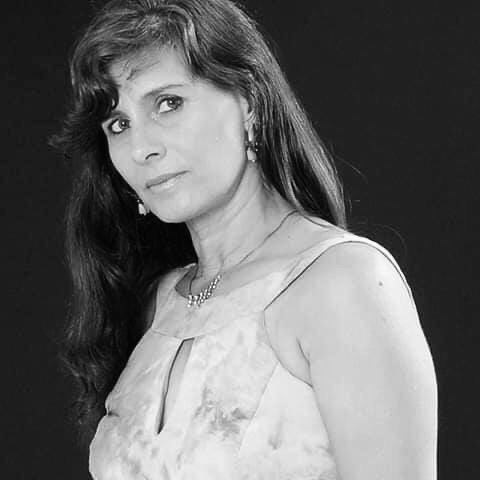 Granddaughter and daughter of farmers, Fátima Camargo was born and raised in rural Santa Cruz do Rio Pardo - São Paulo.

Married and mother of three, she has always worked in the cultivation of seeds and vegetables.

In 2007 she fell into a deep state of depression due to personal problems, daily pressures and stress.

No longer able to work and no longer feeling herself to be herself, she changed doctors and medication but Fatima did not return to reality; she was living in the past where good memories did not exist.

One day, to the great sadness of her children, on her knees she asked God to give back her enjoyment of life.

The request was granted; a desire for art was beginning to be born in her.

Even without any knowledge related to canvases and paints, compositions or forms, Fatima bought two canvases, and paint tubes.

From there, her initial production was ten pictures, divided between flowers and landscapes. In this way began her main treatment for depression; the more she was involved in a world of color and imagination, the fewer were the daily doses of medicine.

The first exhibition of the artist from Santa Cruz took place in March 2012 at the Umberto Magnani Netto Palace of Culture, in Santa Cruz do Rio Pardo- São Paulo. The local Town Hall was the setting for the exhibition: Angels and Archangels, in October 2013.

Currently the artist depicts in her paintings her feelings and the reality of the countryside. Her depression is tending to become part of the past. Her artistic production exceeds 300 works, many of them featuring in catalogues and Naif art exhibitions throughout Brazil. 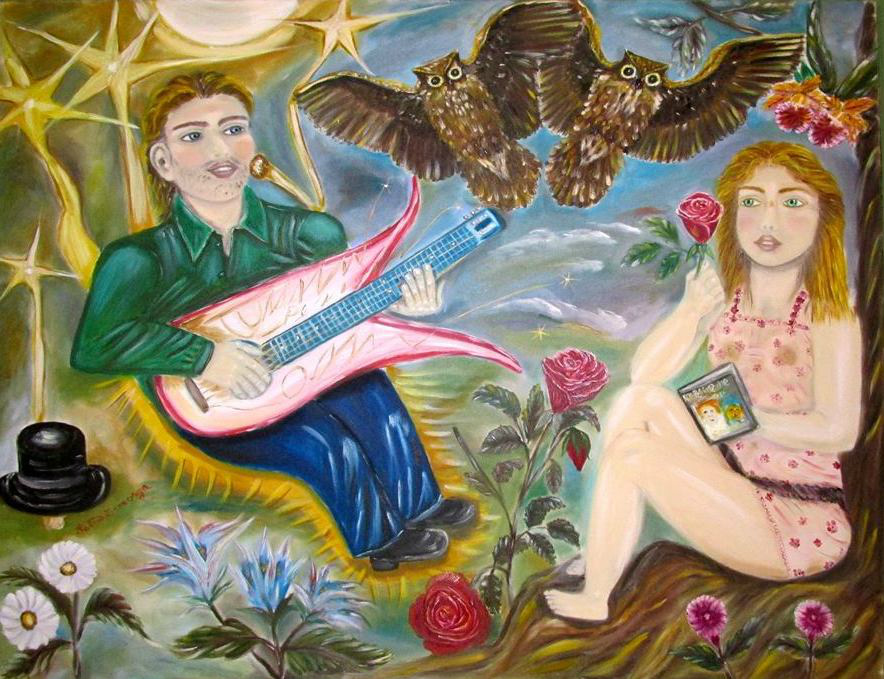 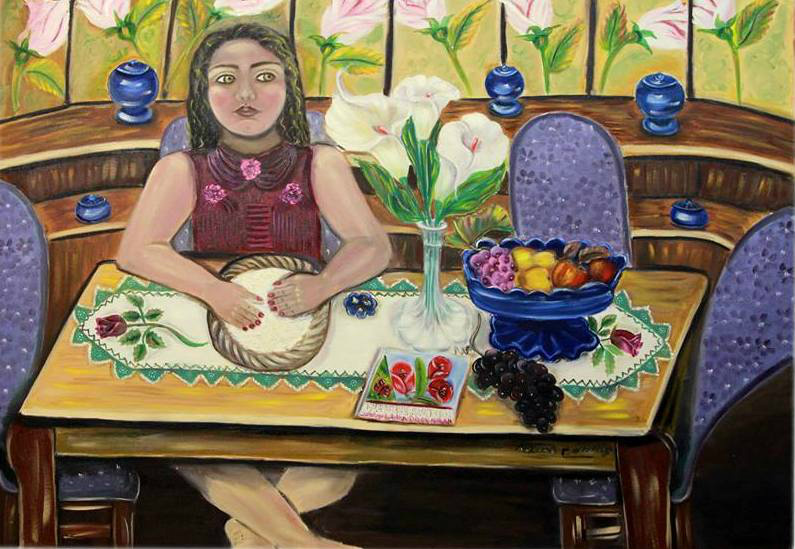 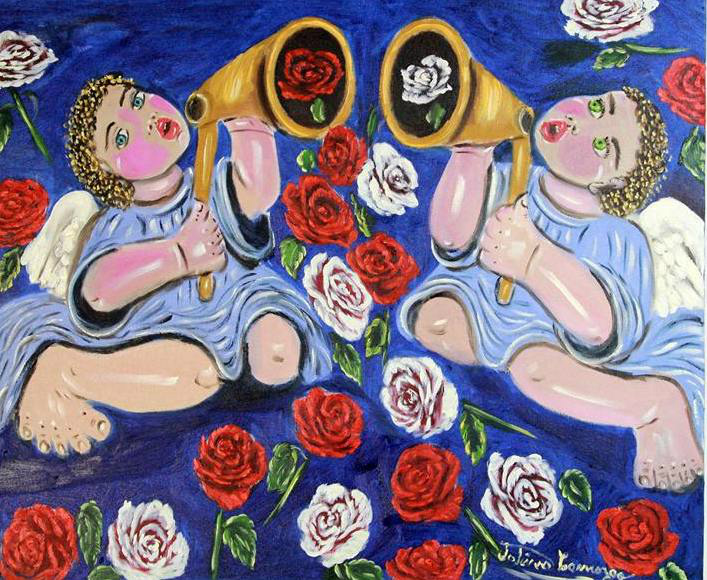 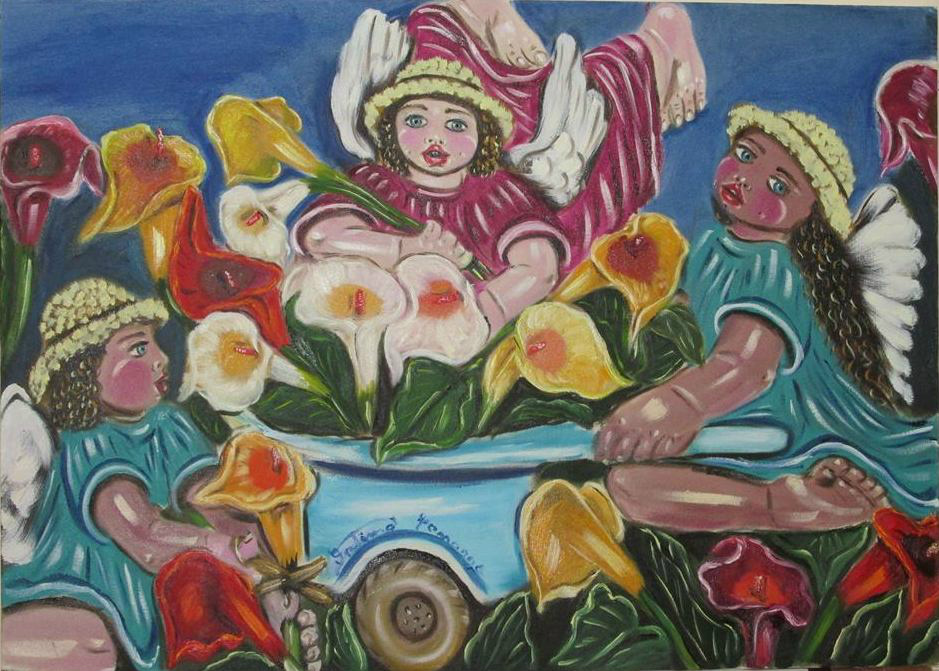 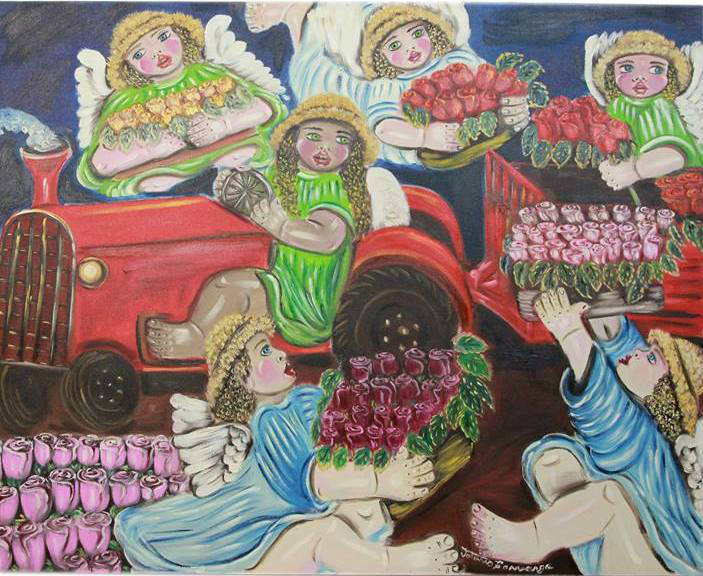 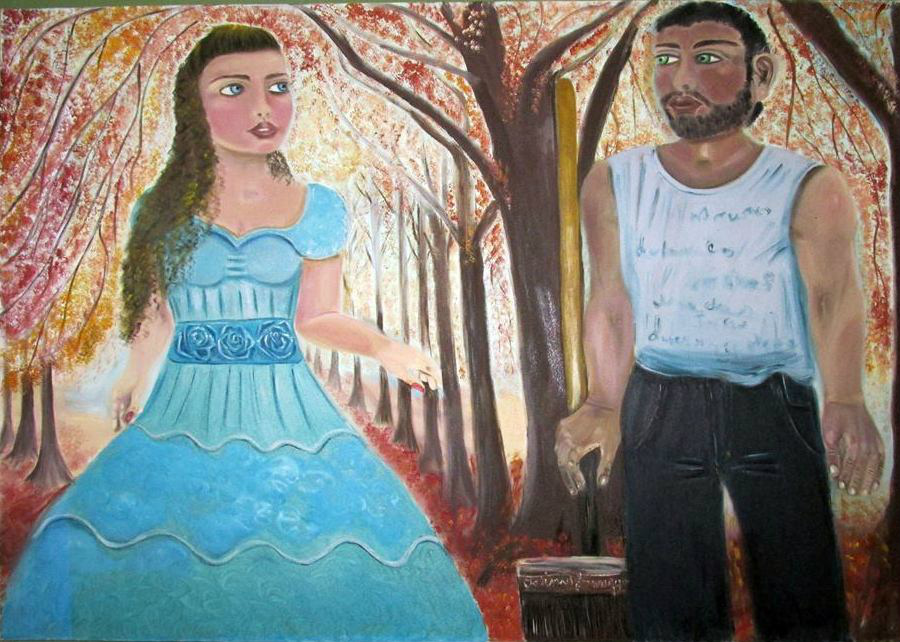 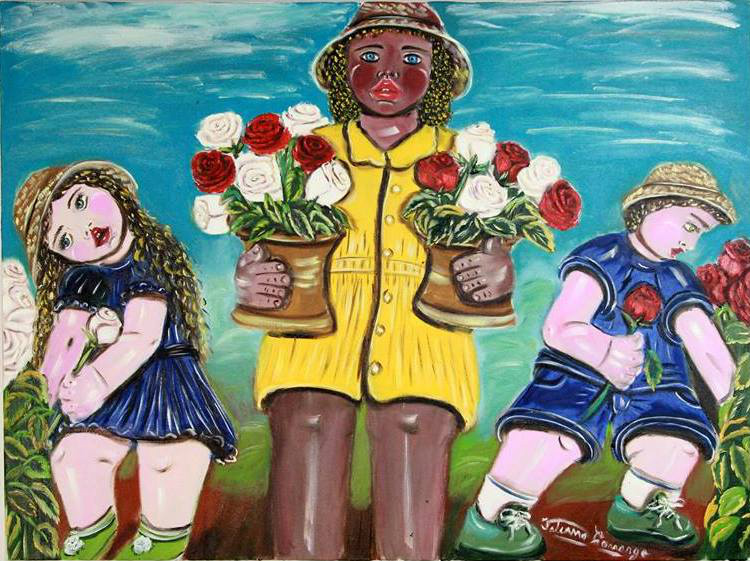 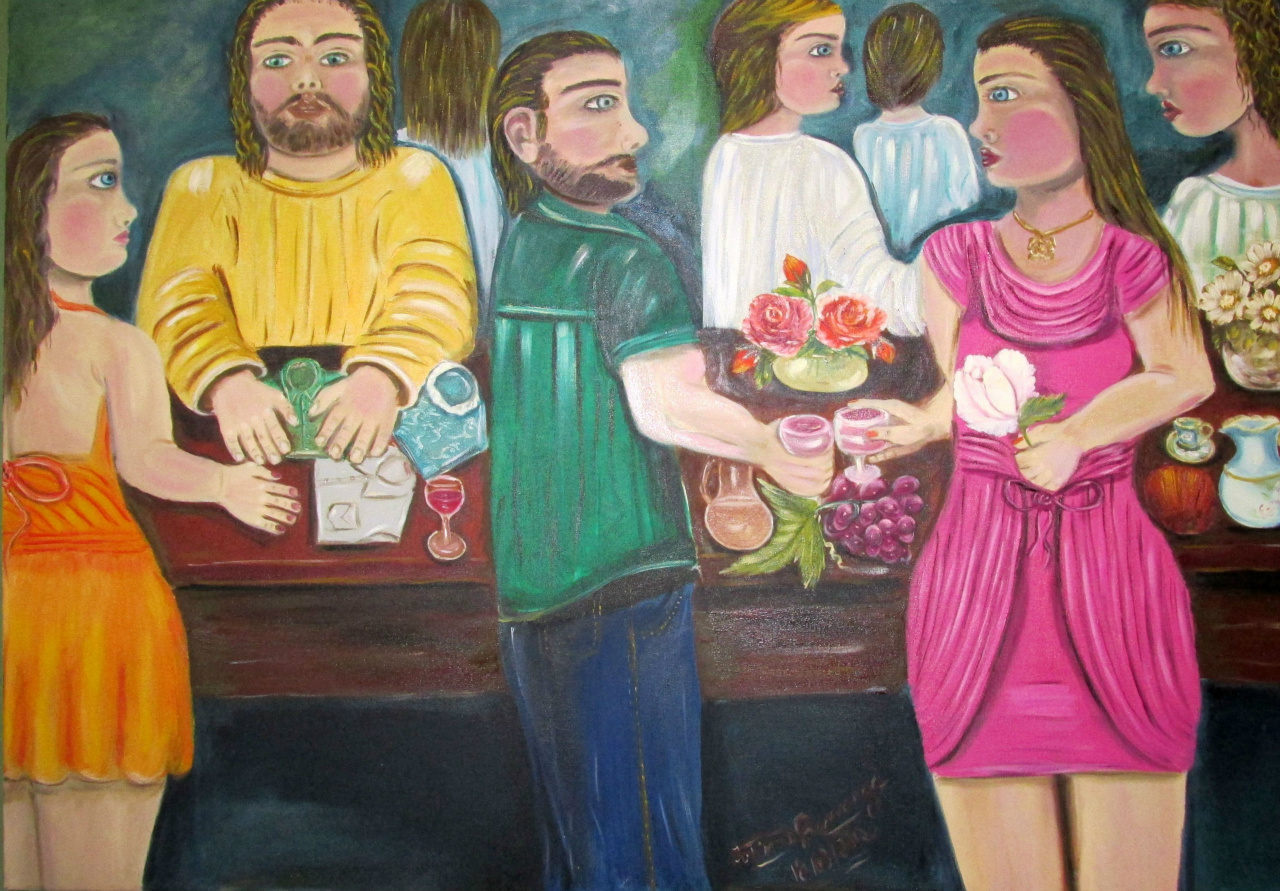 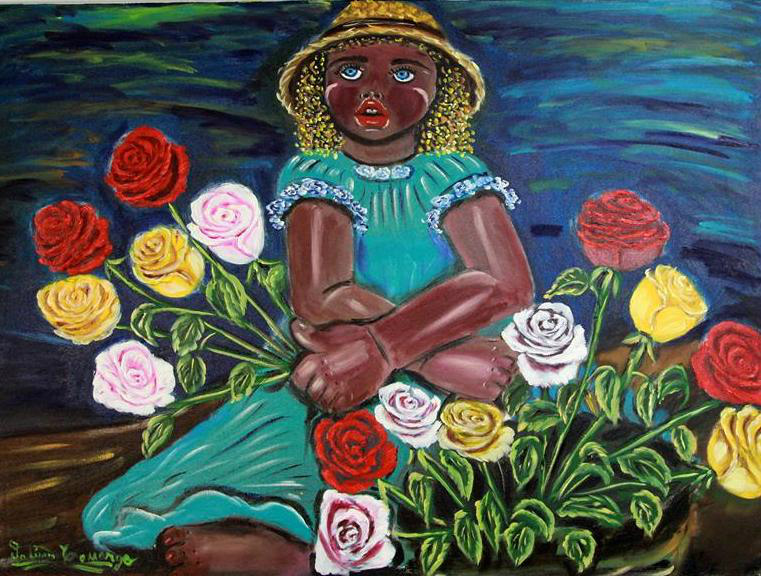 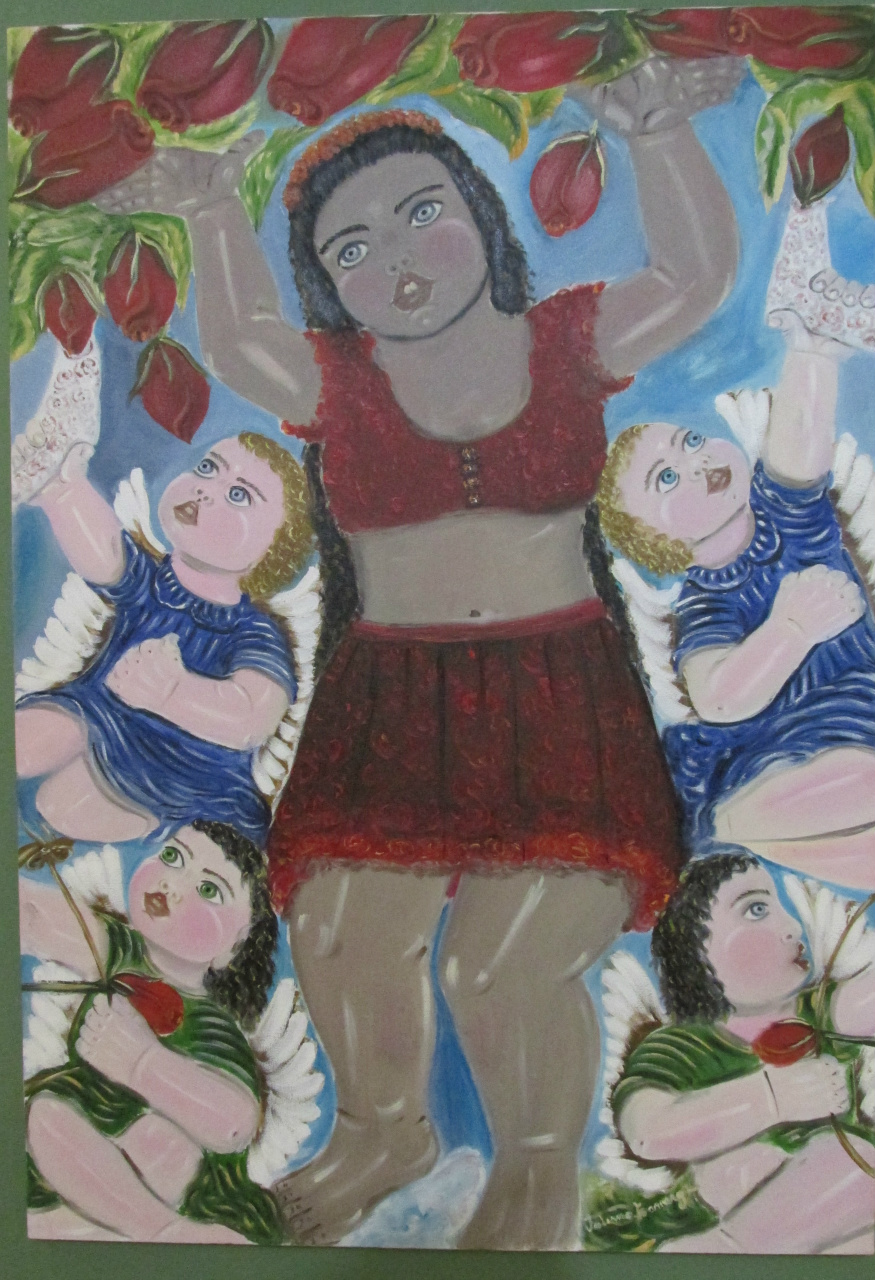