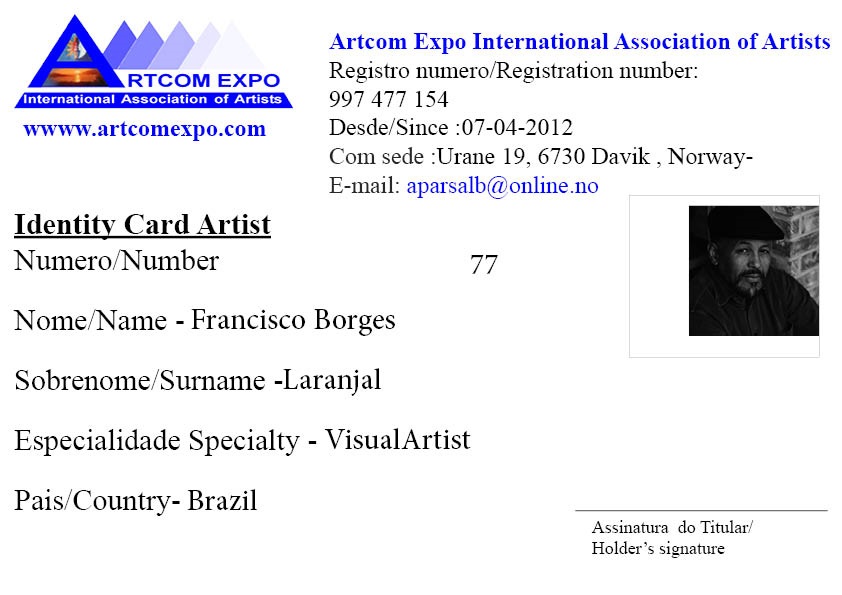 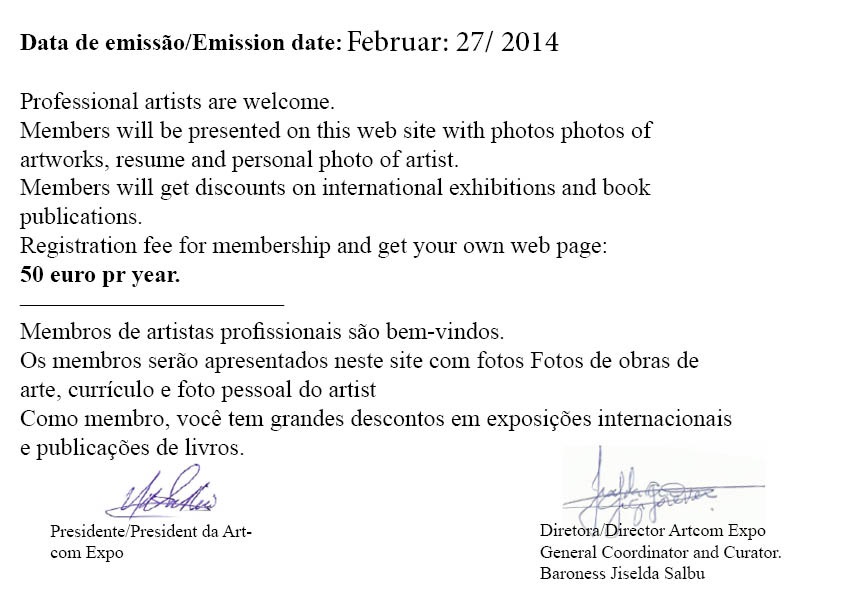 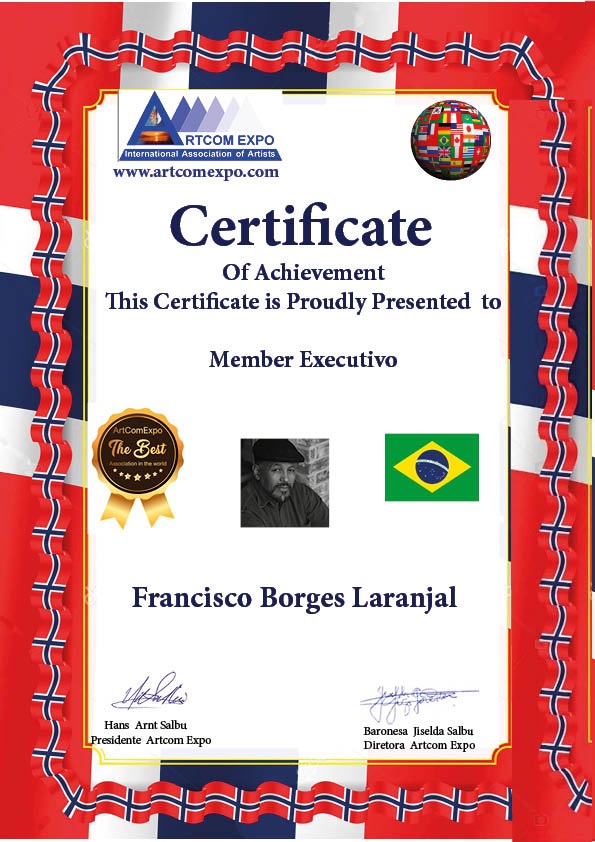 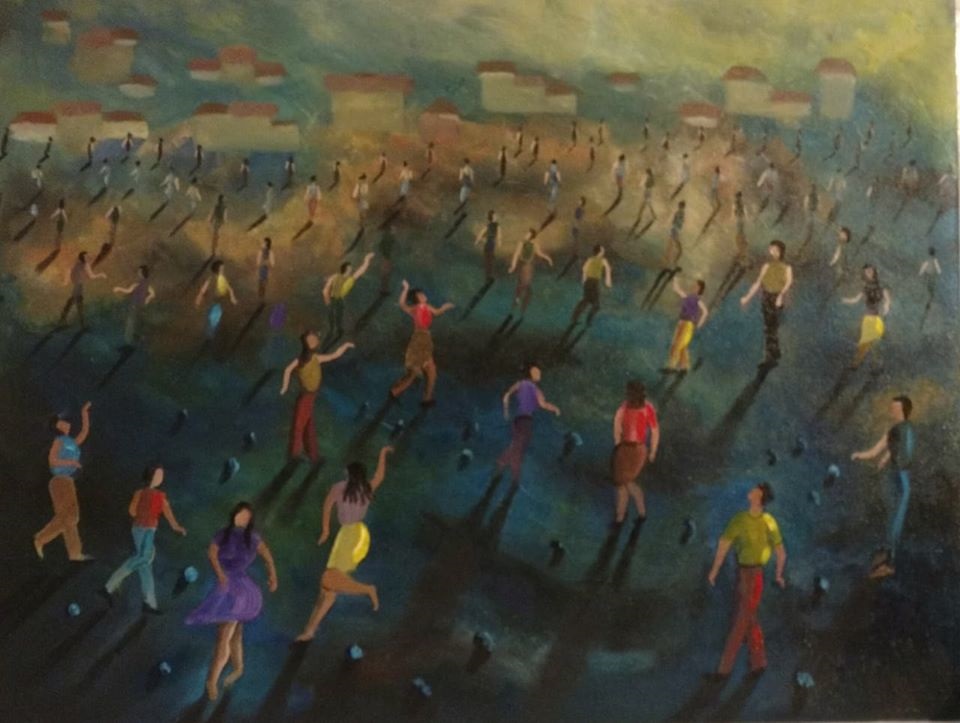 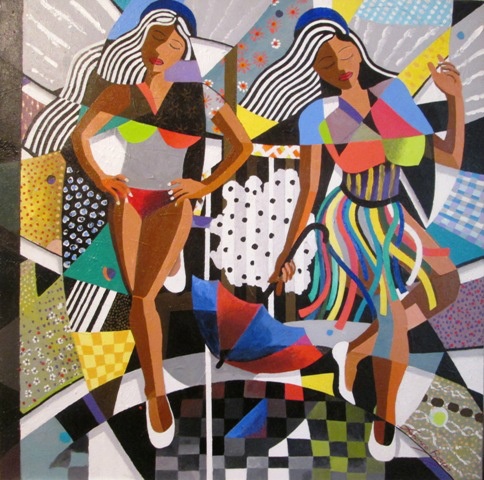 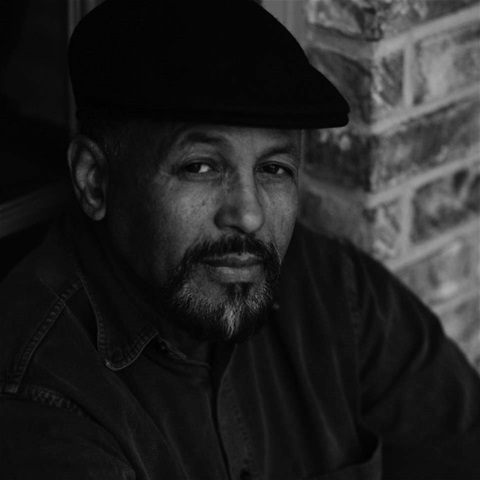 Artist: Francisco Borges -Muriaé, Brazil
Hes  was born in Muriaé, Brazil though, along the course of his life, he has inhabited many places in Brazil and the United States, including Massachusetts and New Hampshire.  Borges has always enjoyed the world of colors.  While still a kid, he appreciated drawings and would sculpt with clay he took from the riverside near the modest neighborhood where lived in.  It was only when studying at the Rivier College under the eyes of instructor Nancy Angel that he learned the techniques of modeling.  His inspiration for painting came only in 1967, when Borges looked at the sky one day and saw a pallet of colors he had never seen before: A brand new blend of color and light.  On this day, he began painting, using no artistic knowledge, but only his instincts.  The period when he lived in the United States was of great influence to the way this artist saw art.  It was here where he had the opportunity to be in direct contact with works of big names in the American and European artistic scene.  Frank Stella was a great influence as how he would make use of colors.  The boldness, as it refers to Stella’s ideas: format, colors and size, impressed the Brazilian artist.  Even though there’s a consciousness, his art has evolved through many steps in different and long phases, from landscape to tri-dimensional; the comparisons between both artists are inevitable.  Although when painting, Borges has never had intentions to have his work compared with Frank Stella’s paintings.  One of the biggest marks in his way of seeing art was his loss of inhibition with the human figure in the USA.  The results reflected once he was back in Brazil and he began executing what was a result of all the information gathered and absorbed in America. Having lived in so many different places in his country, from North to South, Borges experienced influences on his work everywhere he went, especially in the little town of Nazare das Farinha, Bahia. Francisco is constantly in a search for the new and trying to discover the origin of things.  This has been reflected in his current work.  Borges considers every single moment of his career very unique, special and essential, even the frustrations he found along his way. This brilliant artist has received many invitations to showcase his paintings in London, Rome, New York, The Canary Islands, Paraguay, and Mexico.  It’s not only through the brush that Borges expresses his amazing talent.  The writer has had two books published in Brazil.  “O Crocodilo Crepom” (The Crepon Crocodile), is a novel inspired by many of the infamous Brazilian politicians.  The second book is a reunion of many old and new poems Borges decided to collect; polish and put together, it became known as “Destino” (Destiny).  Borges’ style today reflects a long search for the undiscovered and since he will not stop searching, there is always going to be something to intricate the admirers of his art
Memberships: Artcom Expo International Association of Artists . 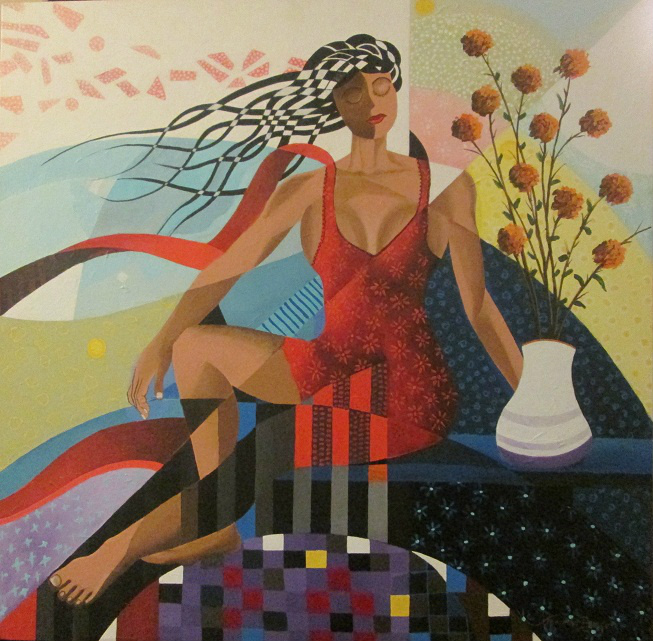 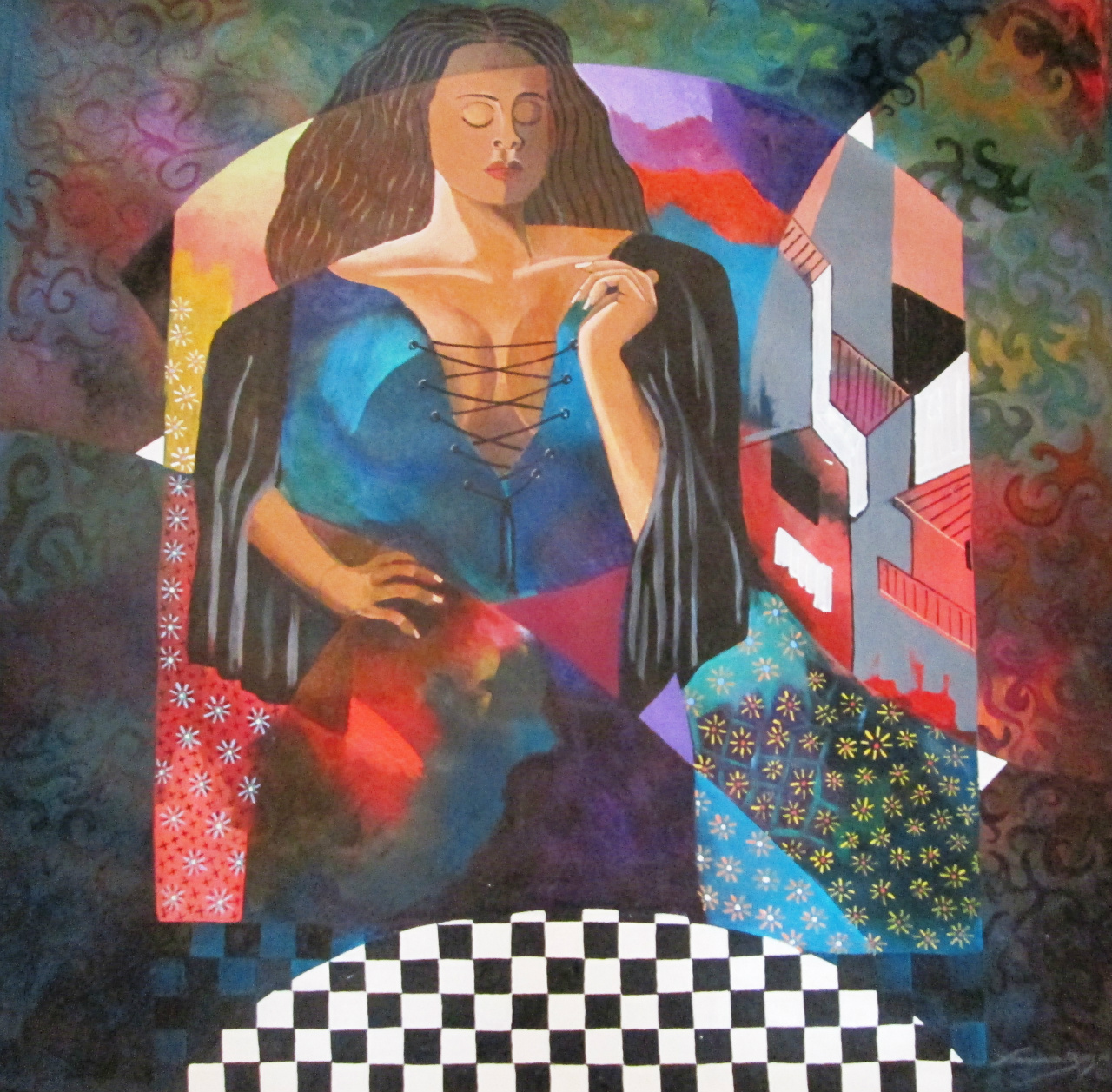 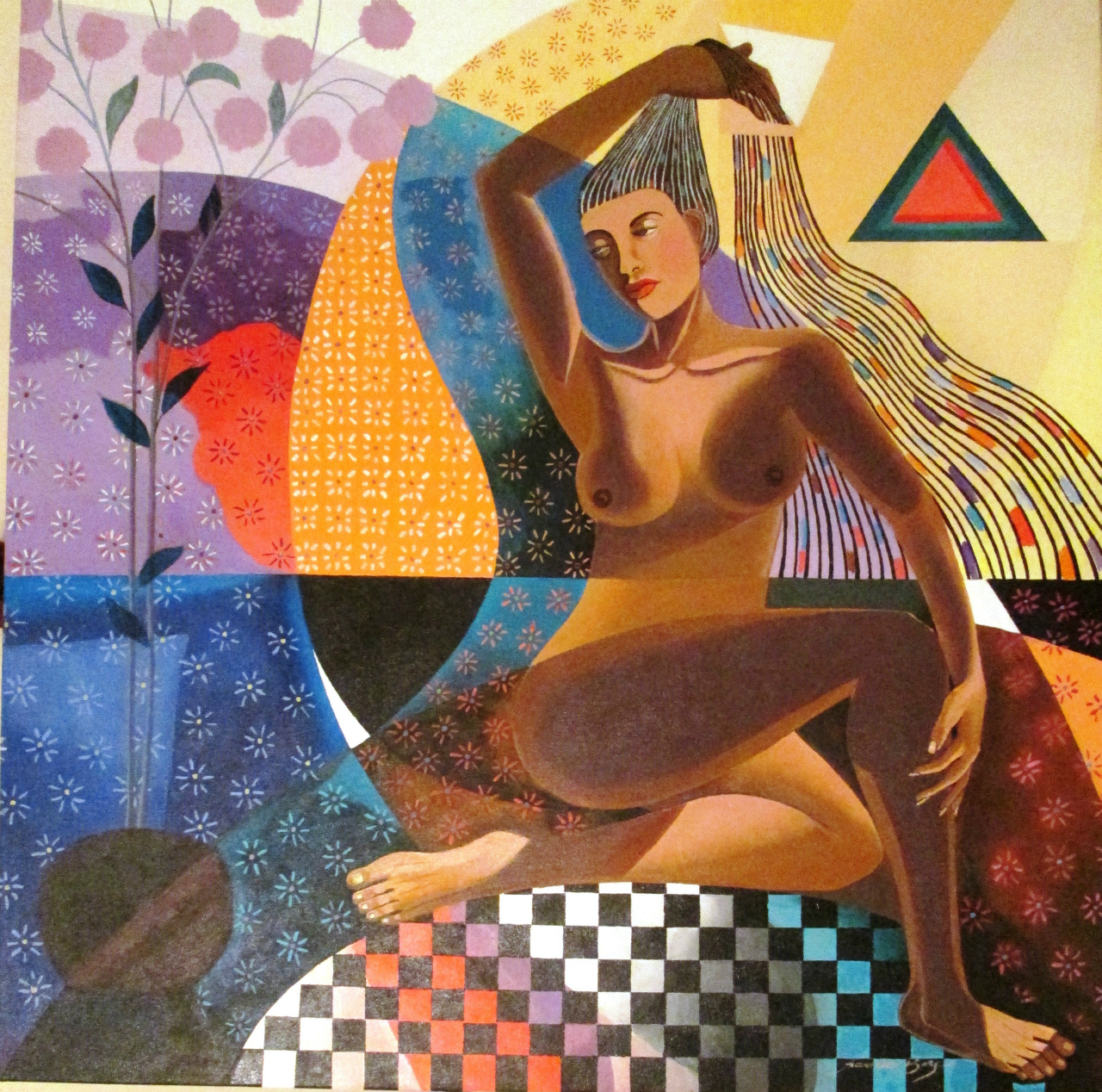 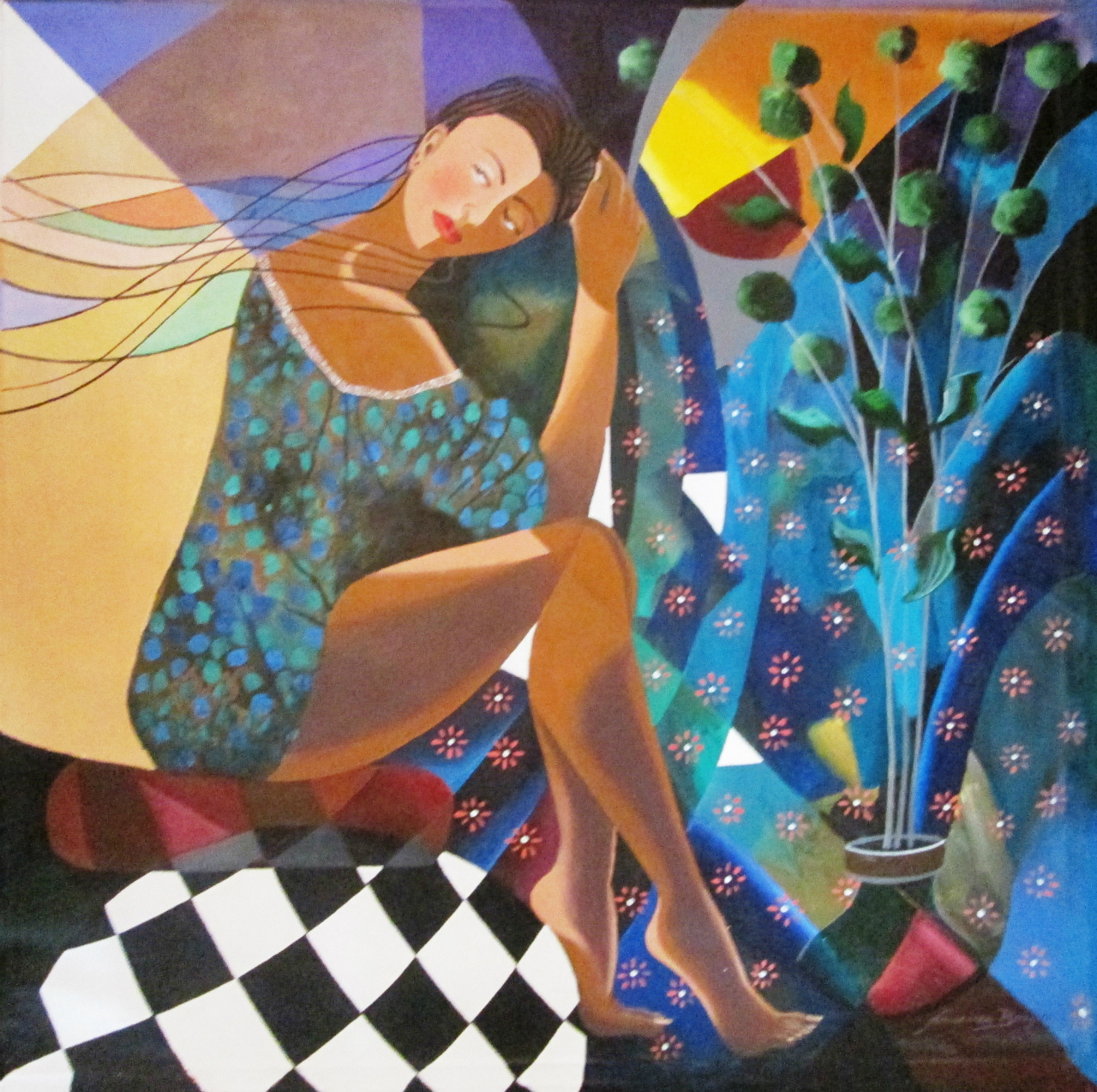 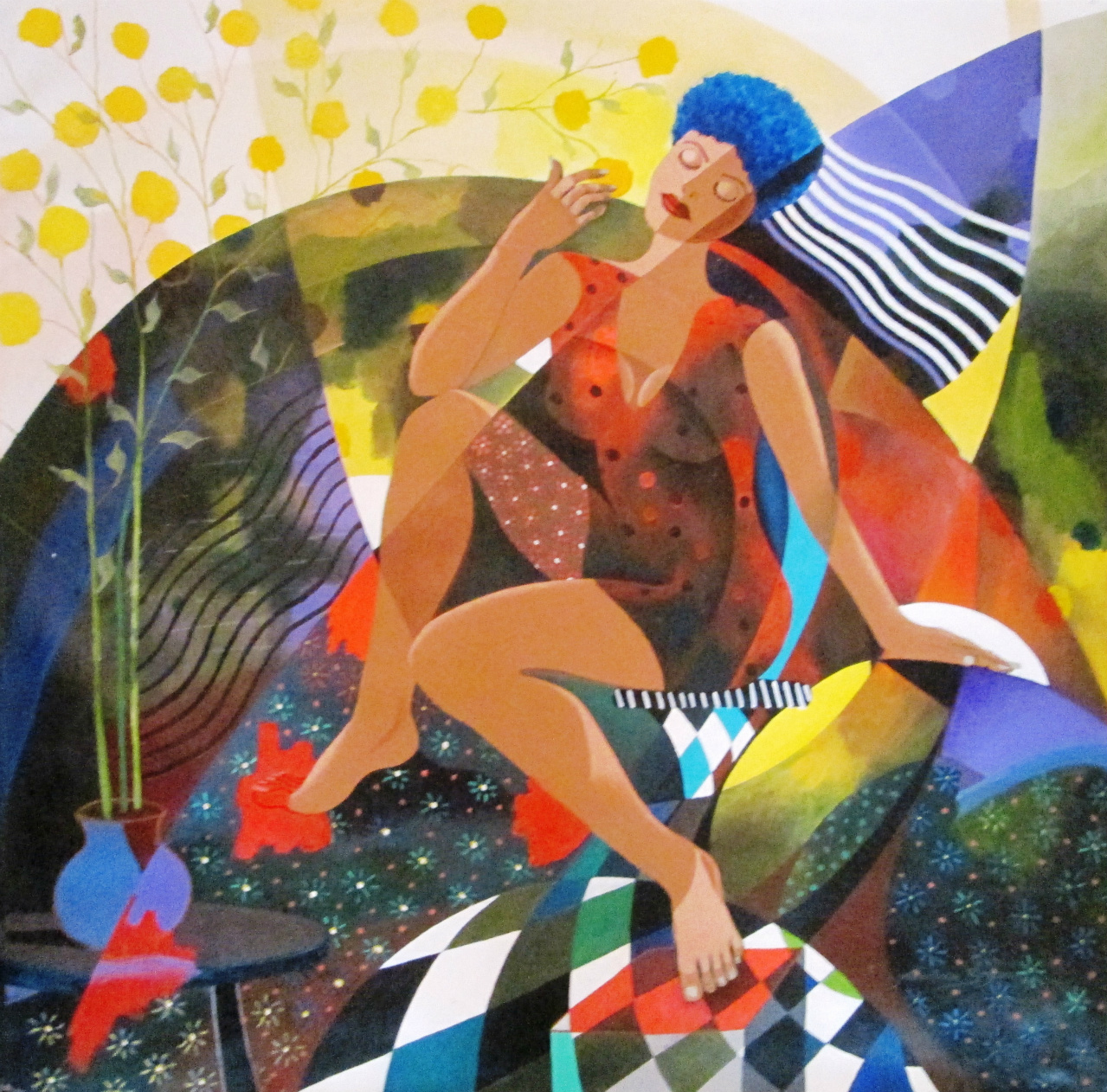 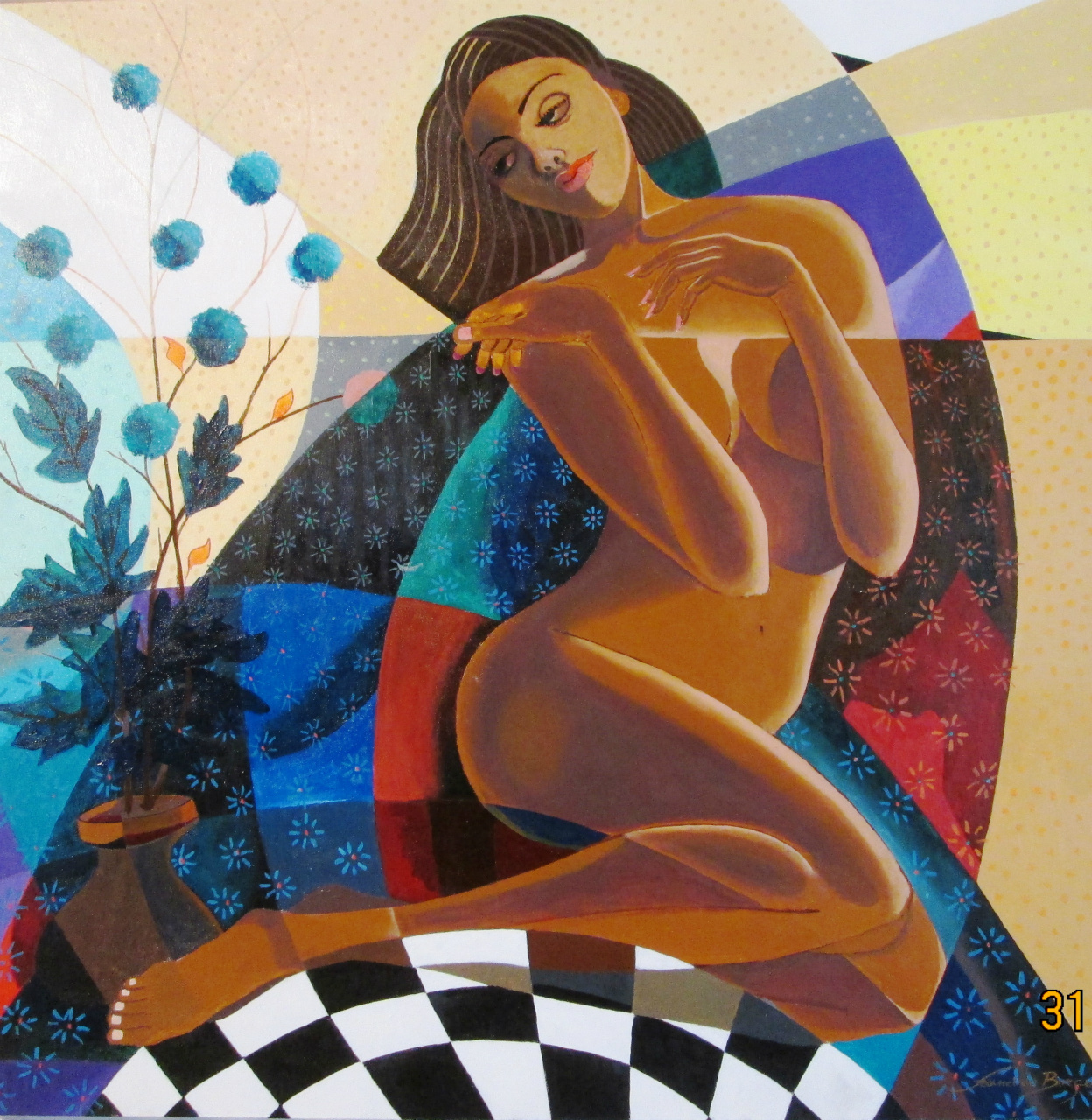 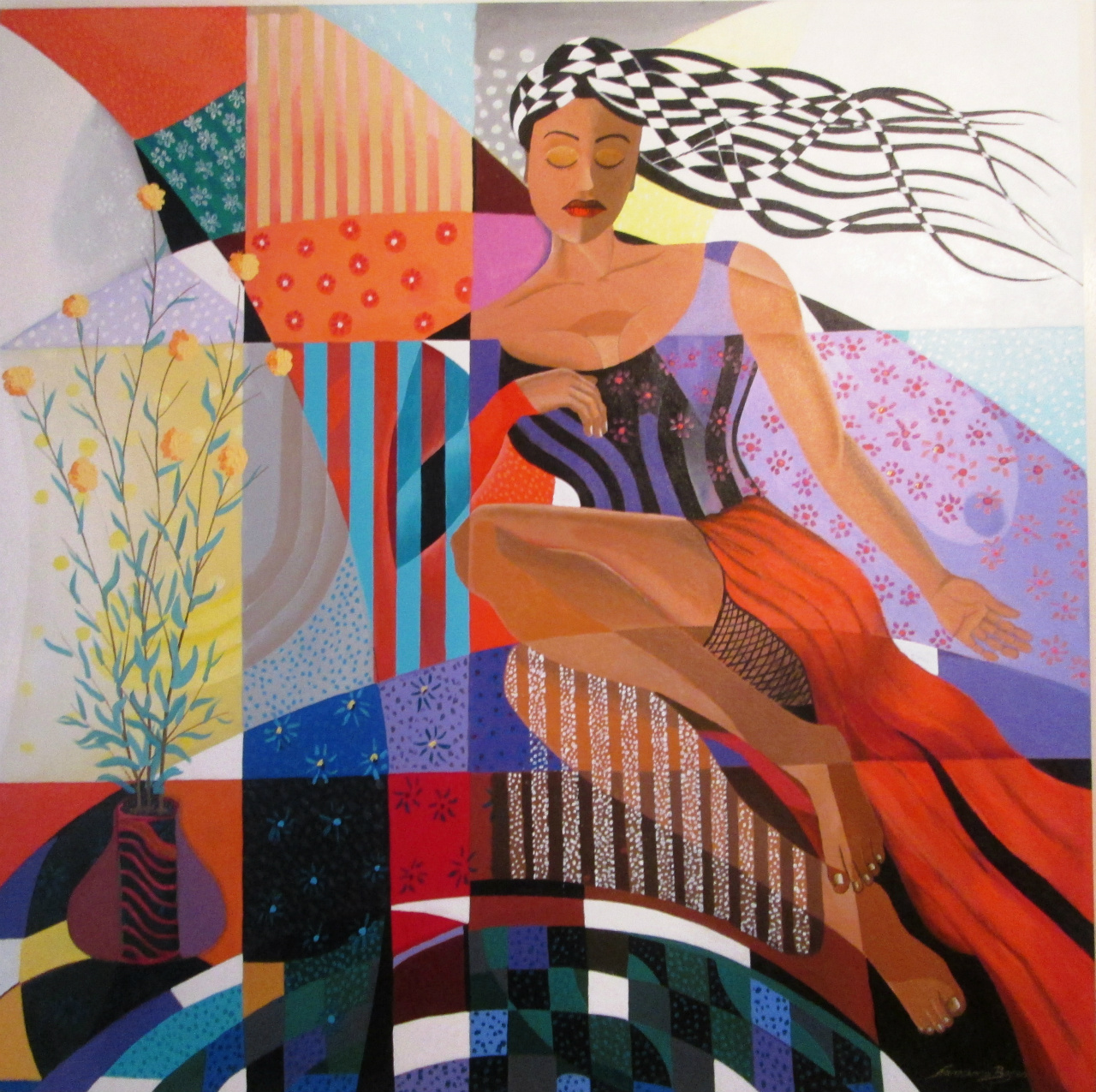 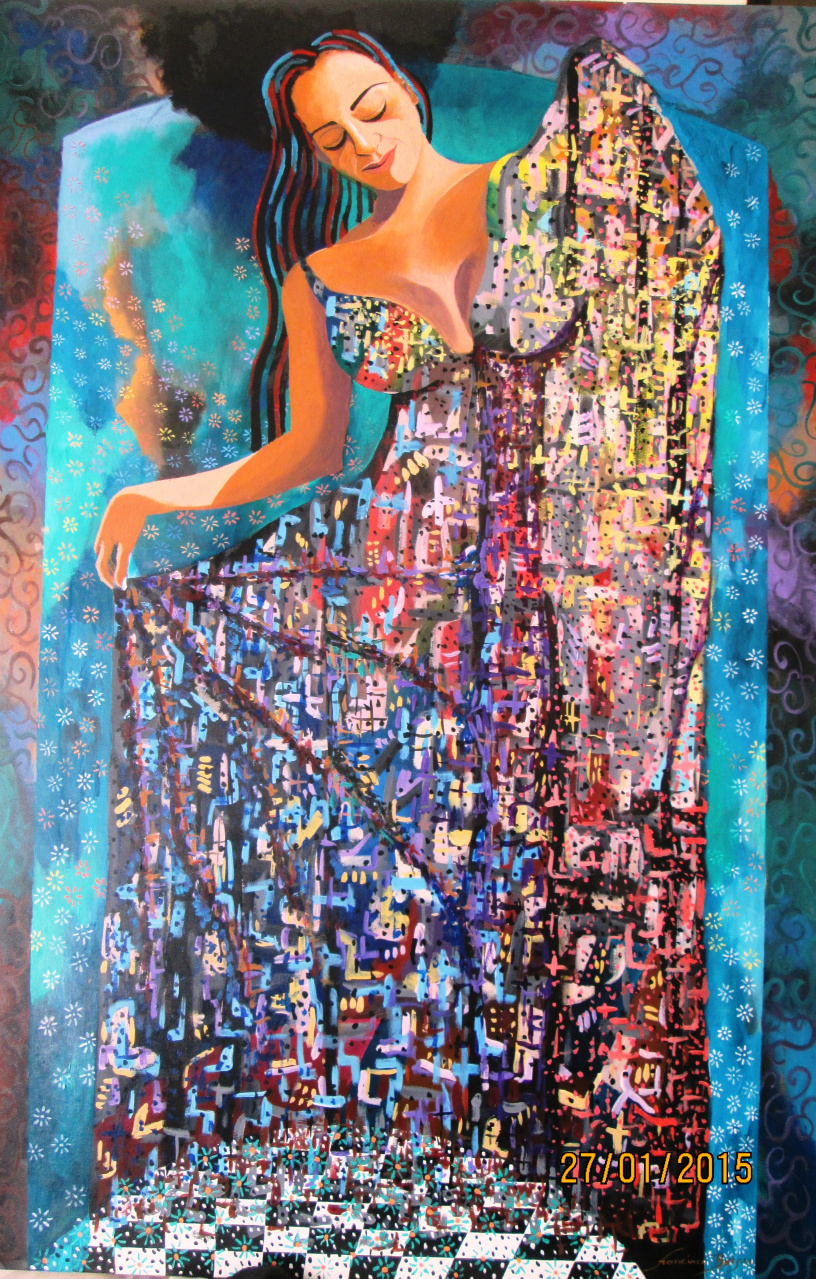 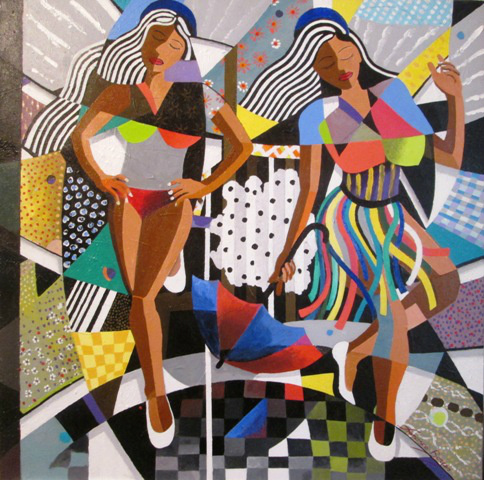 Good job my friend Francisco Borges. Congratulations.
I wish you be happy and good luck.

Congrats Dad! This is beautiful work.

Beautiful, congratulations to my friend Francisco. His art is a great art.