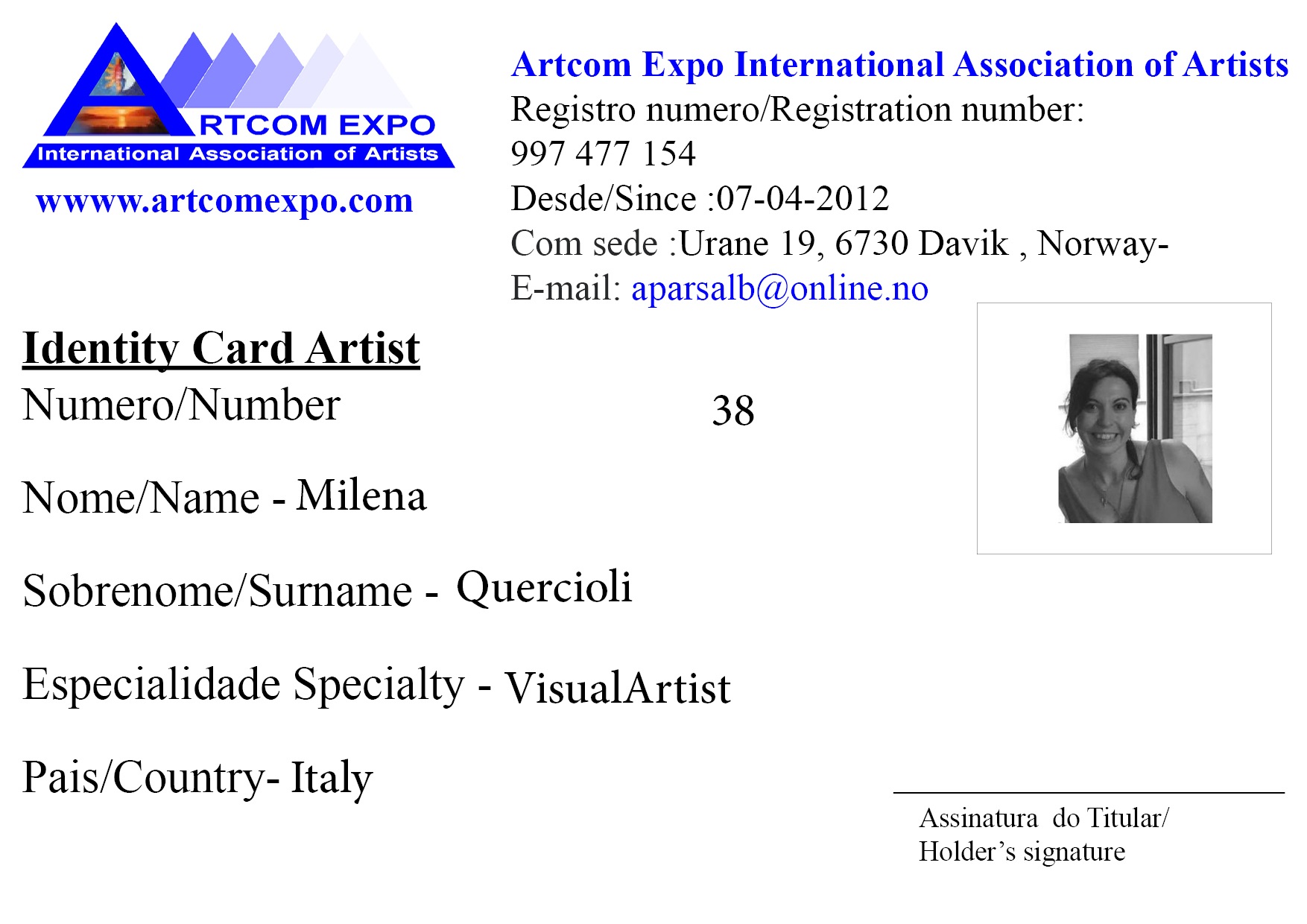 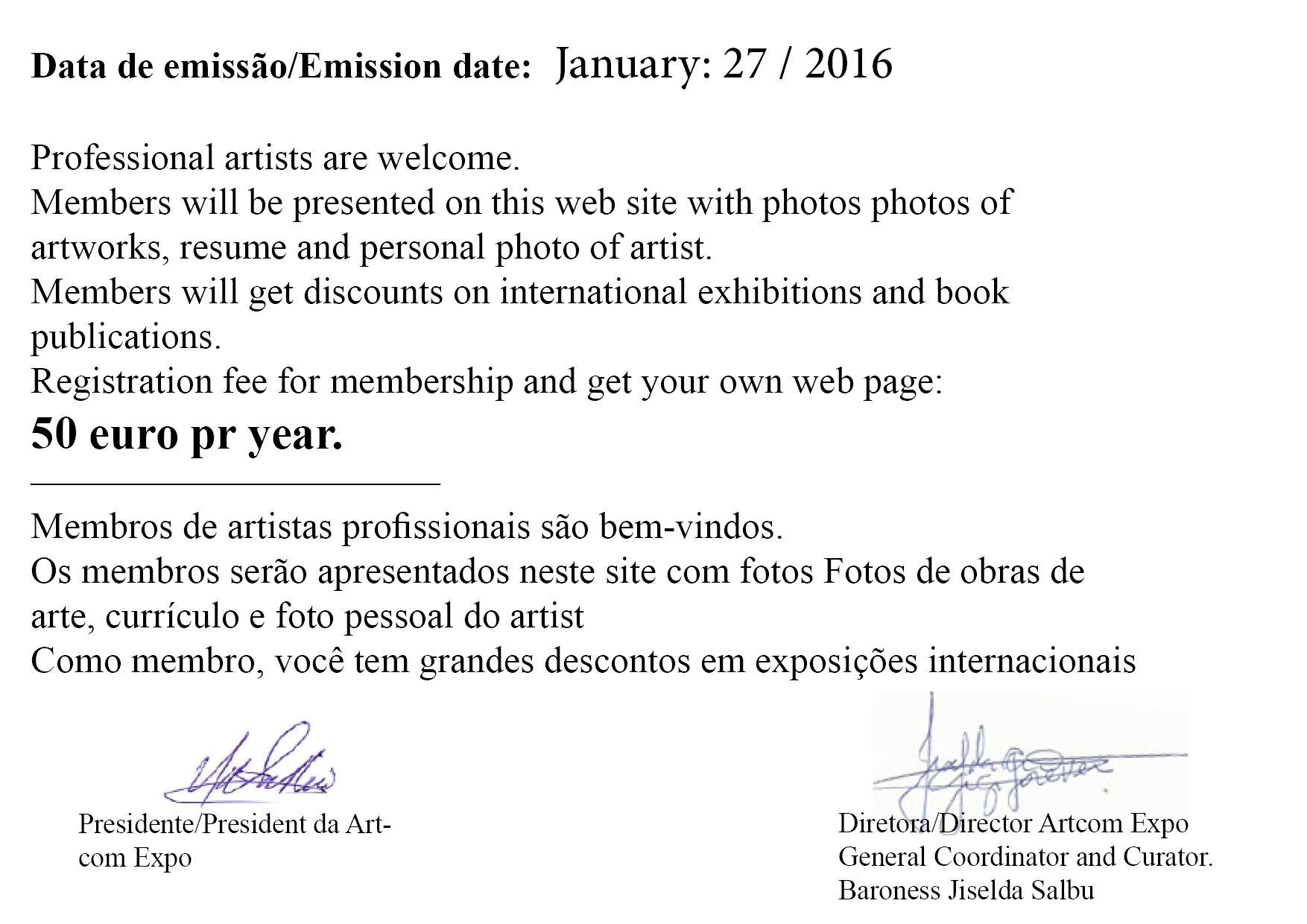 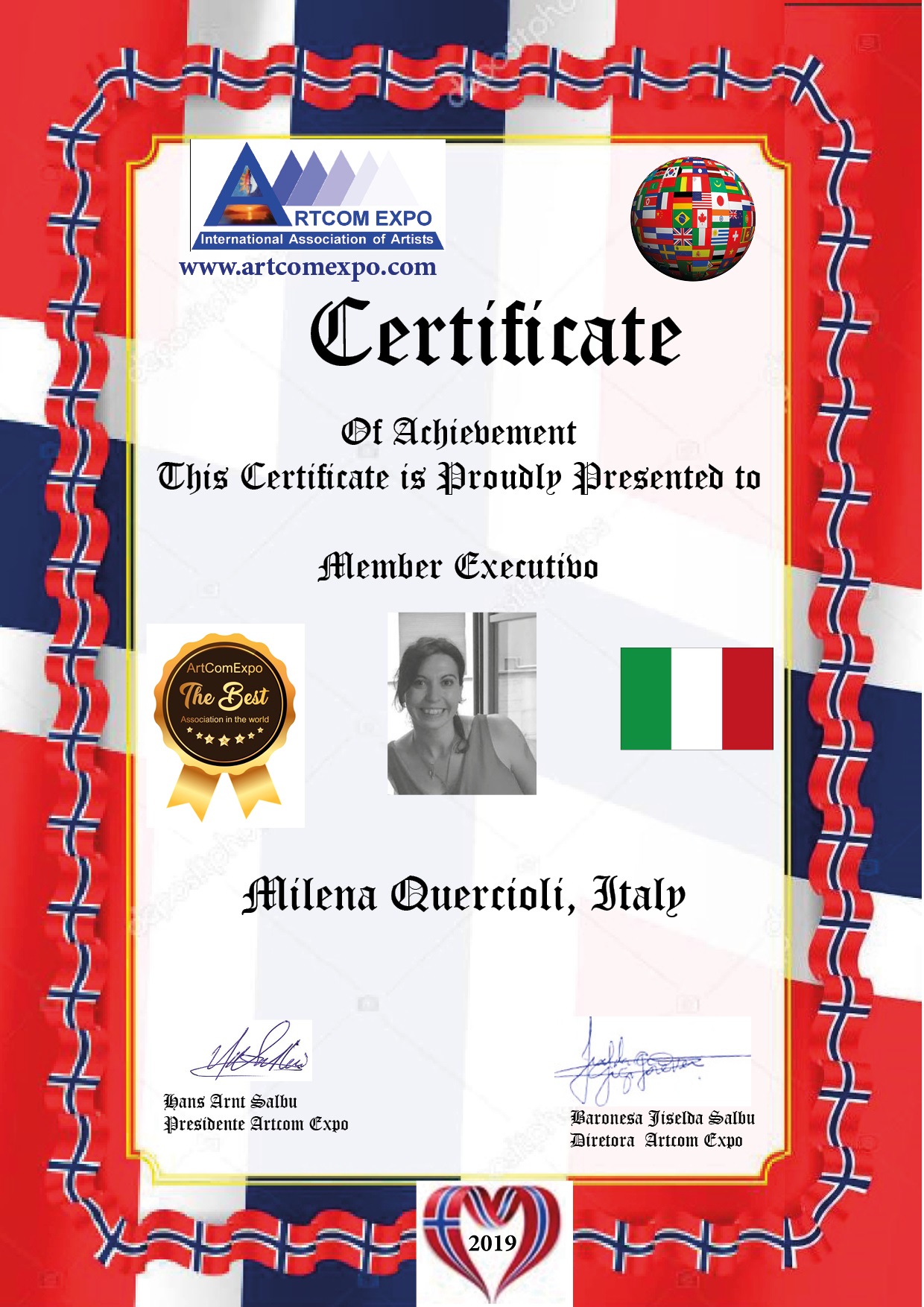 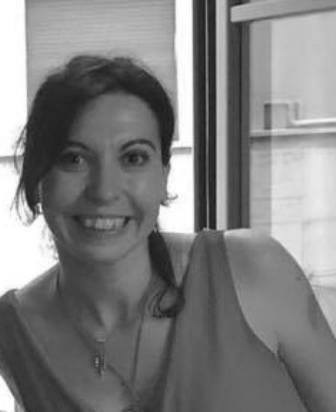 She bor in Milan.My works are inspired by street art and graffiti all very colorful and cheerful want to convey positive emotions.
The message I want to convey through my works using color is that you should always look for the colors in the soul and the smile in life ..avolte heart can paint the canvas of our lives with dark colors and dark but you have to go beyond the difficulties and color dip it.

Artist:Milena Quercioli, Italy
She is the Italian artist born in Milan, his work inspired by streetart and graffiti, all very colorful and cheerful, conveys
positive emotions.
He participated in several exhibitions and national and international exhibitions and received appreciation and recognition from
various critics.
New York, 2017, Caeulum Gallery, Manhattan
Norway 2017 Embassy of Brazil Oslo and Nordjerdeid Museum
BERLIN 2016 Berlin Gallery & Auction
PARIS 2016 _ 2017
International Contemporary Art Fair - Louvre Palace with Artcom Expo
CANNES DECEMBER 2016 International Contemporary Art Fair Convention Center "Art Shopping" Cannes -Costa Azzurra
Awarded as the best creative artist in the show.
ROME October 2016 International Contemporary Art Exhibition "La Pigna" Vatican Gallery in the Vicariate Building Maffei Mariscotti
Medal of creativity award
DUBAI Index Dubai 2017
Fribourg Swiss -Galeries de la cathedral
Portogallo Figueras de Foz Galleria Magenta
PALACE OF PERSONAL PAINTING VISCONTI in Milan 2017
Show with two other important painters at PALAZZO dei GIURECONSULTI in Milan during the Milan Fashion Week 2017 event
Painting staff in the cloister of the Roman amphitheater on the Via de Amicis in Milan
Painters in Fuori Salone Milano 2017 in space of stone Bonnet via via Tortona
Exhibition of my work in the contemporary art gallery of contemporary art laura tartarelli in the center of Forte dei Marmi
Spoleto art festival at the old civic museum at the Palazzo della Signoria
Women's Biennial
Forte Sangallo di Nettuno (Rome)
second prize .2015
PALAZZO ISIMBARDI MILANO (May 2015) Show event Natura Donna Company sponsored by Expo 2015 by the municipality of Milan Second place
in the competition
EXPO 2015 exhibition and competition Varvello in Expo (sponsored by the municipality by expo2015 and province of Milan
Prize 5 *
VERONA February 2015 I created a painting of the municipality of Verona for the official leaflet of the event Verona in love
Painting staff at the historic Bar Magenta in the center of Milan 2015
VOGUE FASHION NIGHT 2015
I made some artistic t-shirts with the transposition of one of my paintings by the famous international shoe brand Hector Riccione
CHURCH OF SAN MOISE SAN MARCO VENEZIA International Art Exhibition, Art With Carnival 2017
"Camicissima" charity auction in favor of the Maria Letizia Verga committee with the presence of different characters from the world
of TV and entertainment fashion
Charity auction in Pinerolo with maestro Tessa Gelisio
Collective painting at Certosa di Casteggio with the presence of art critic Vittorio Sgarbi
Collective painting at the Castello di Saffarone in Turin with the presence of art critic Roberta Mezzadra
Show Villa Scheibler Milan
Art Exhibition of Genoa
Cremona Art Exhibition
Padova Art Exhibition
Pavia Art Exhibition
It shows the right to express themselves in the Milan rights house organized by the Michele Cea Foundation with professor and art
critic Massimiliano Porro
Festival of Mediterranean art in Giovinazzo under the patronage of the municipality of Bari.
Participation and exhibition inWall of Dolls Museum The wall of dolls designed and created by Jo Squillo against feminicide
Show during Milano Design Week 2018 in Brera Design District .
Painter for a music video of deejay Dr. Felix famous for being the famous singer of the recently deceased night of newborns.
Milenafashionart fashion line with the transposition of the paintings, displayed on the windows of some prestigious boutiques in
Italy (Milan Cernobbio bellaggio Monza Pavia Como Milan riccione maritime ...) and in Miami and made for some personalities of the
world of entertainment.
We talked about her and her art in the poet Victoria Victoria's book, The Soul of Painting 3
In the Euroarte Magazine 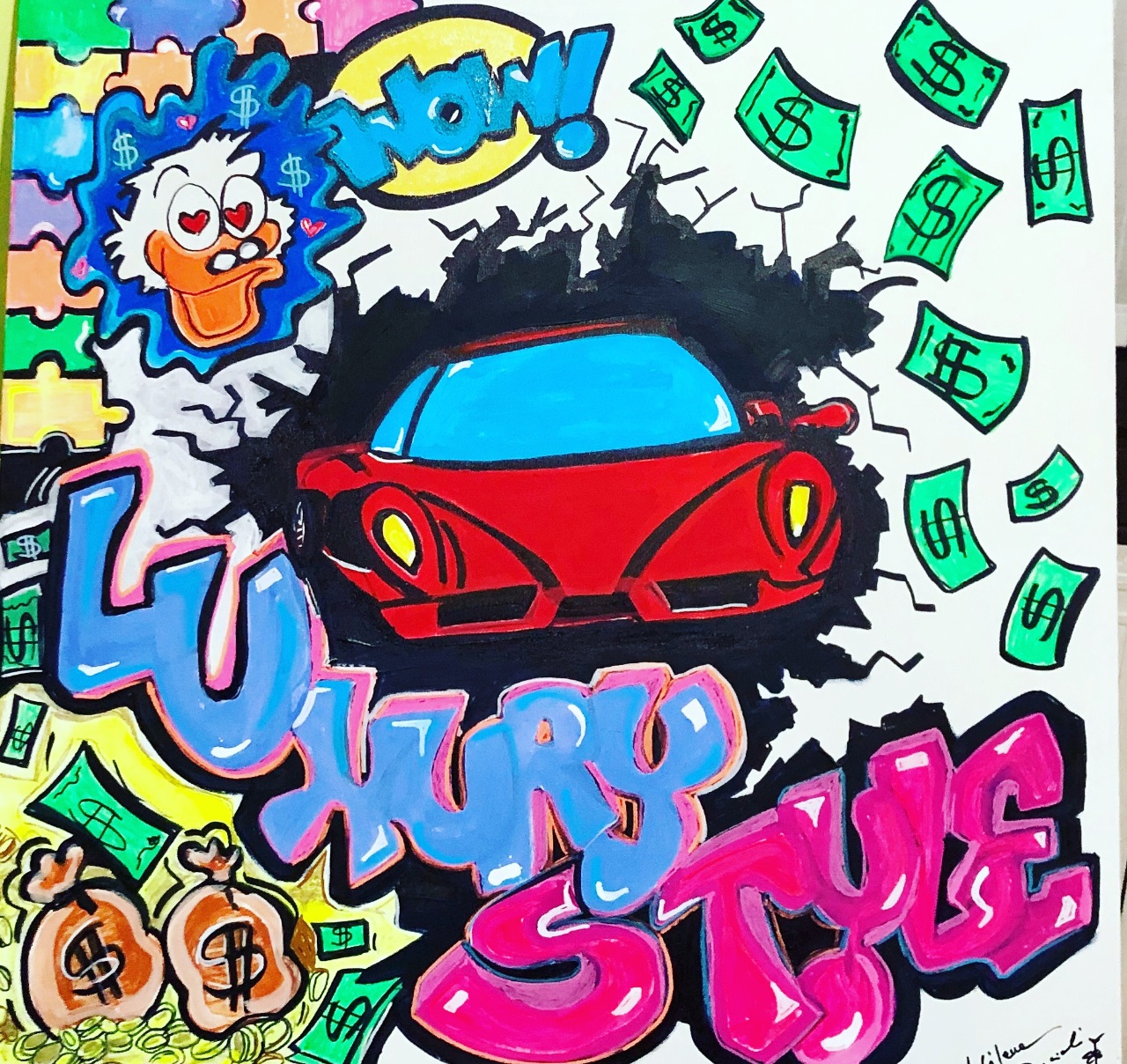 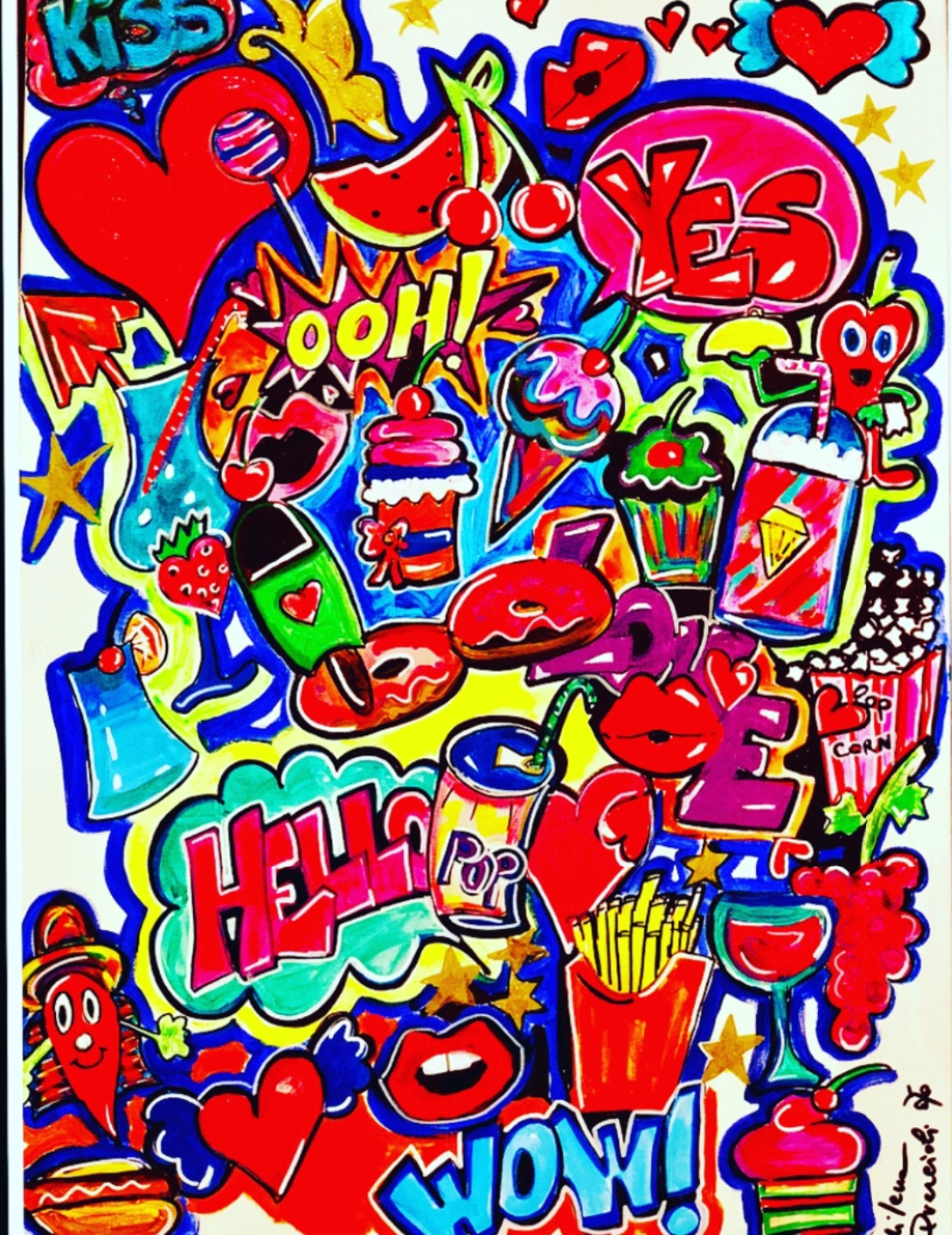 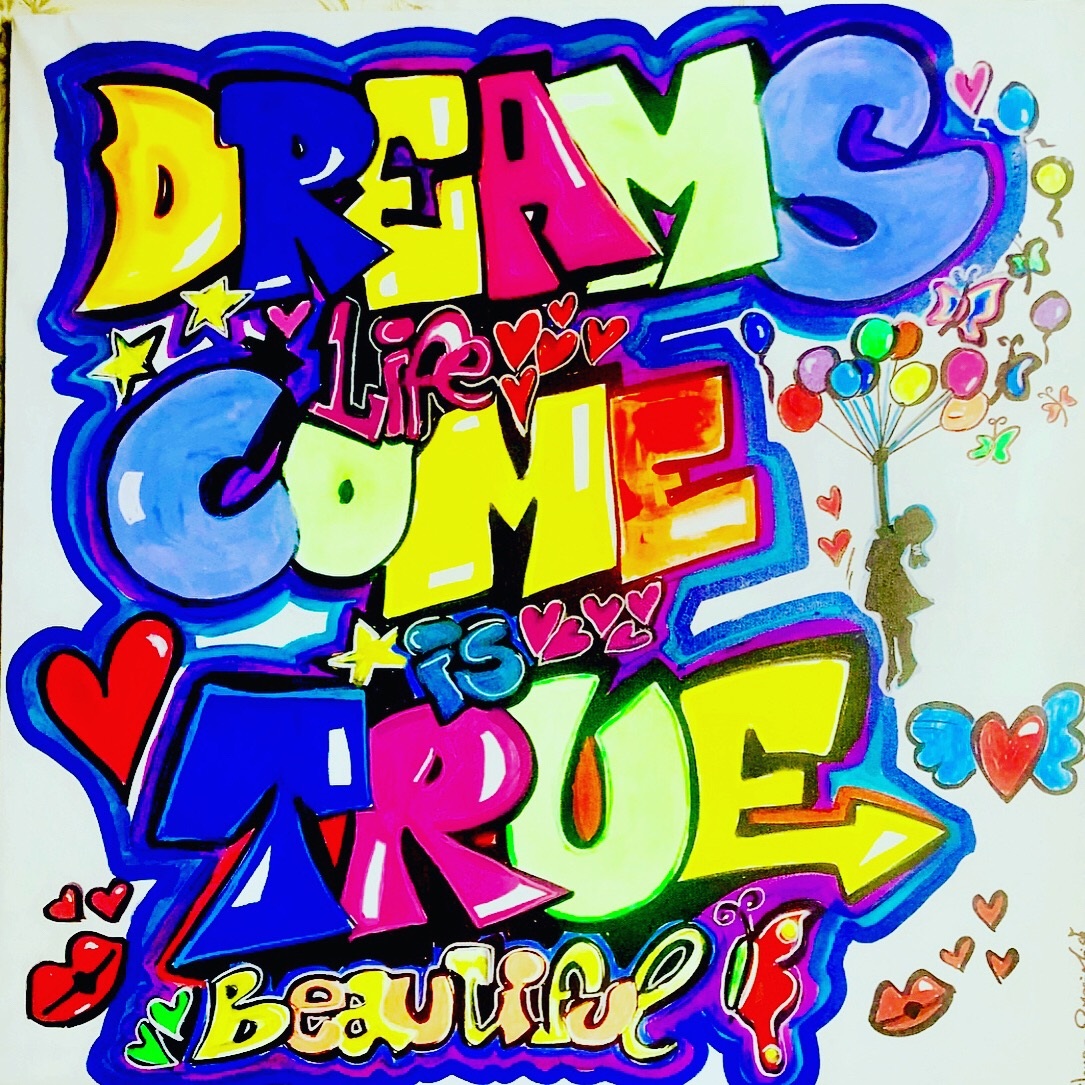 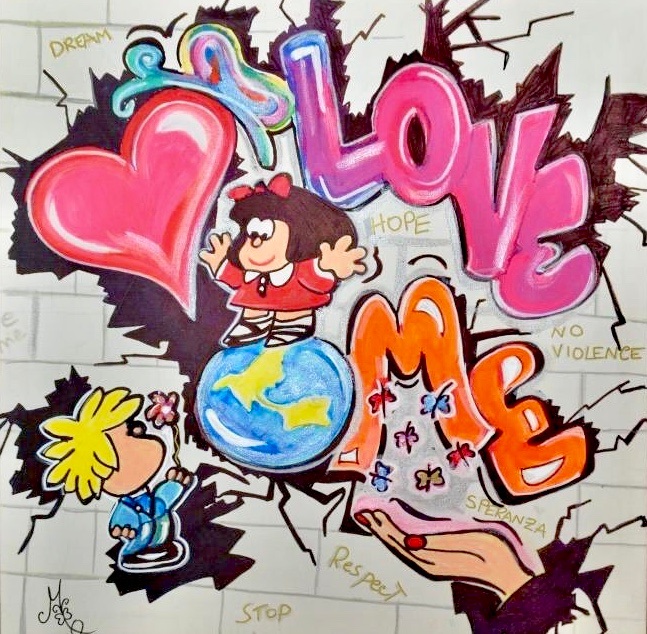 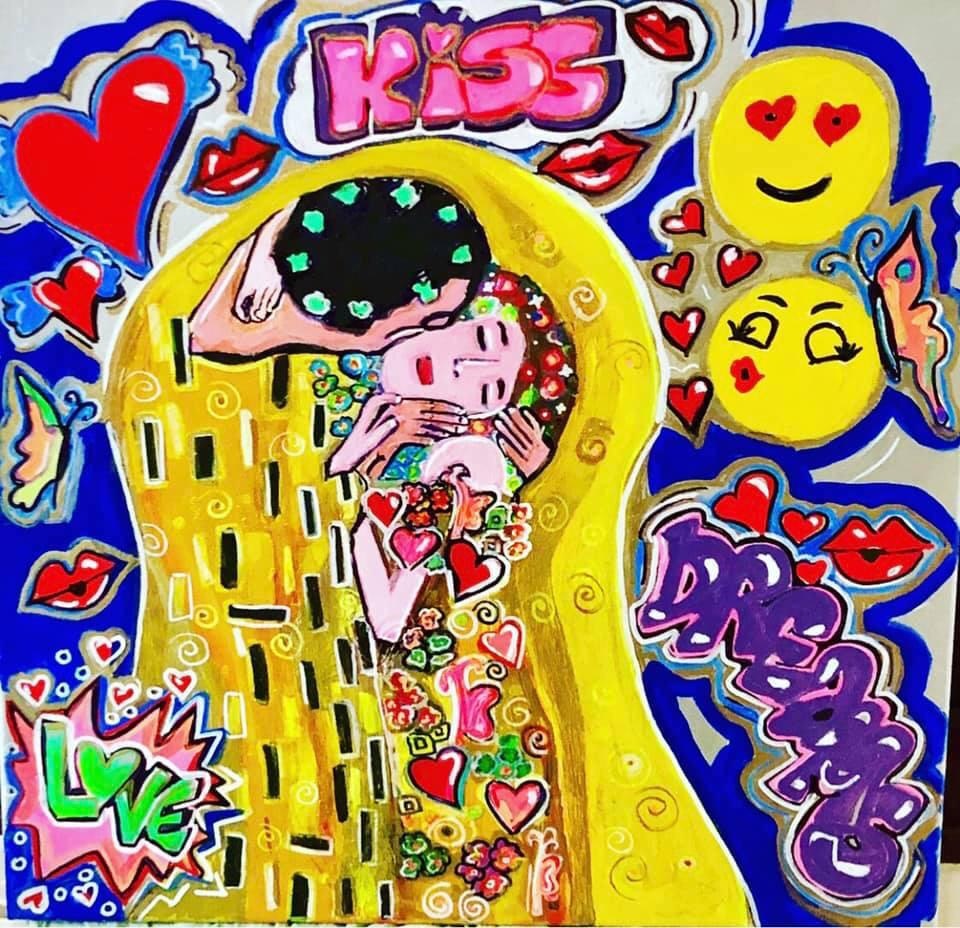 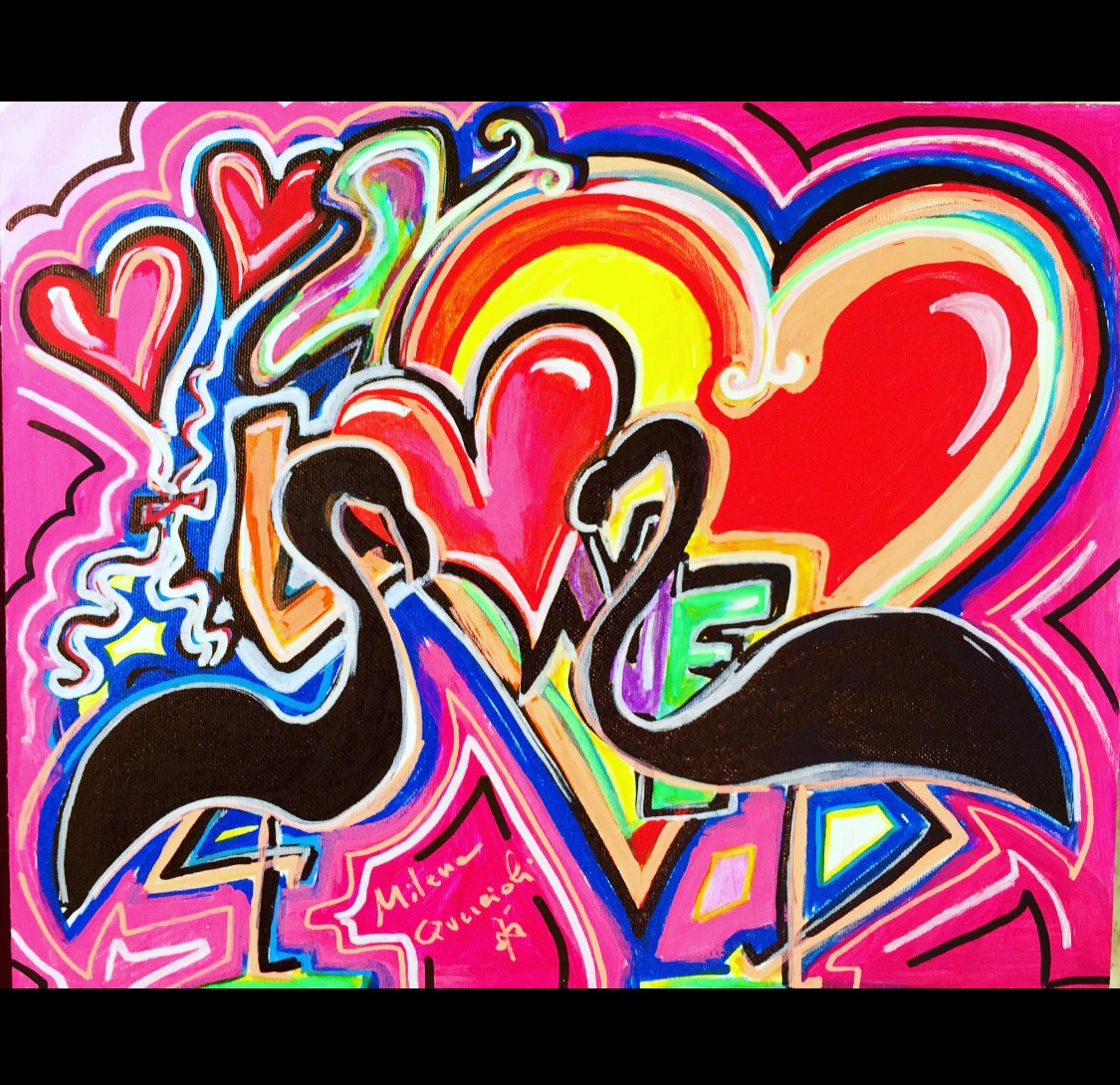 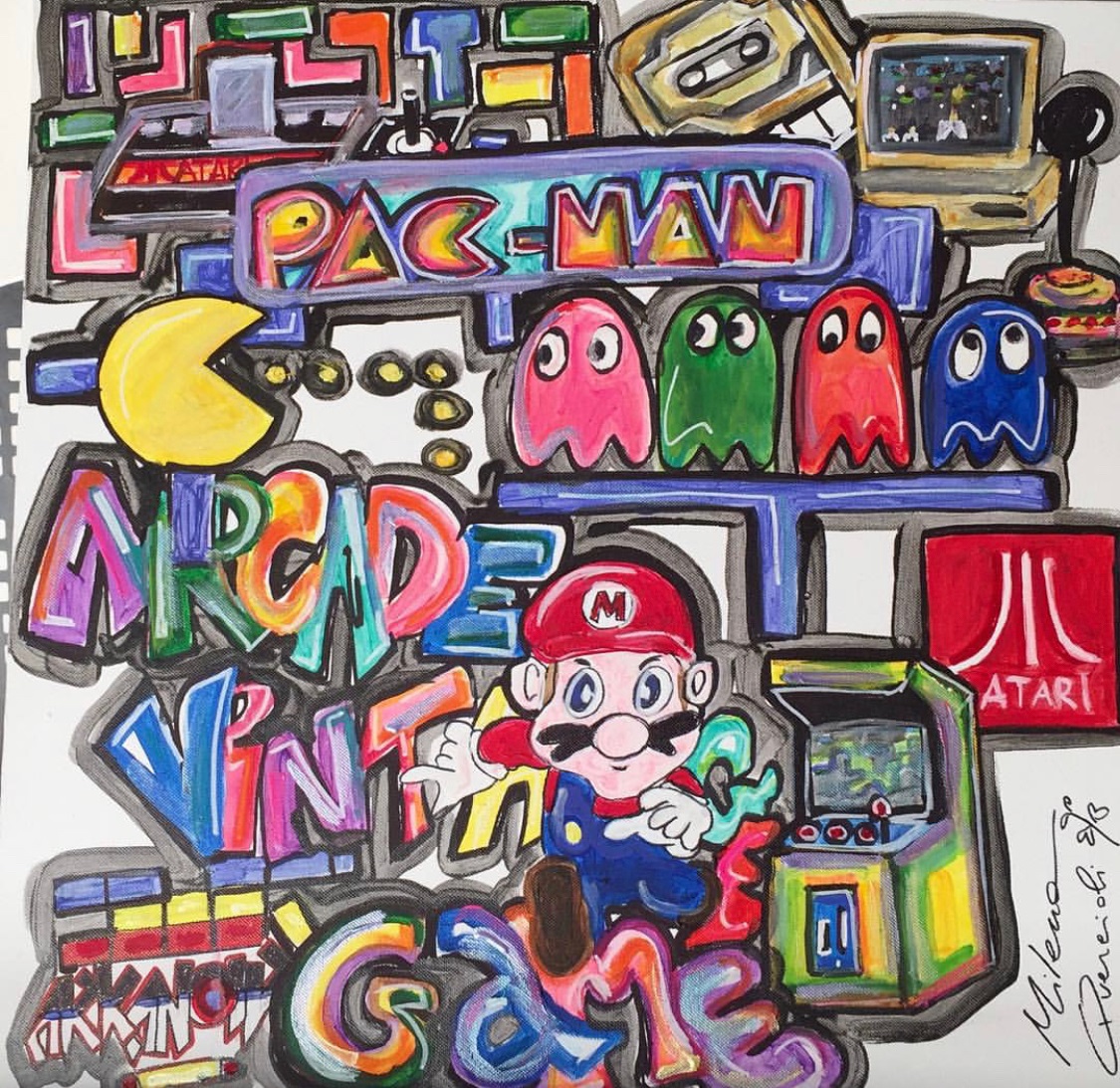 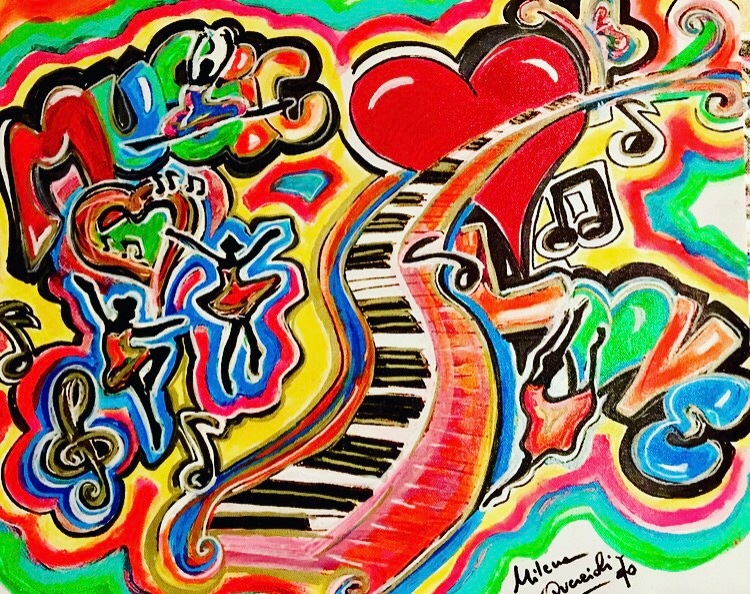 For ever acrylic on canvas 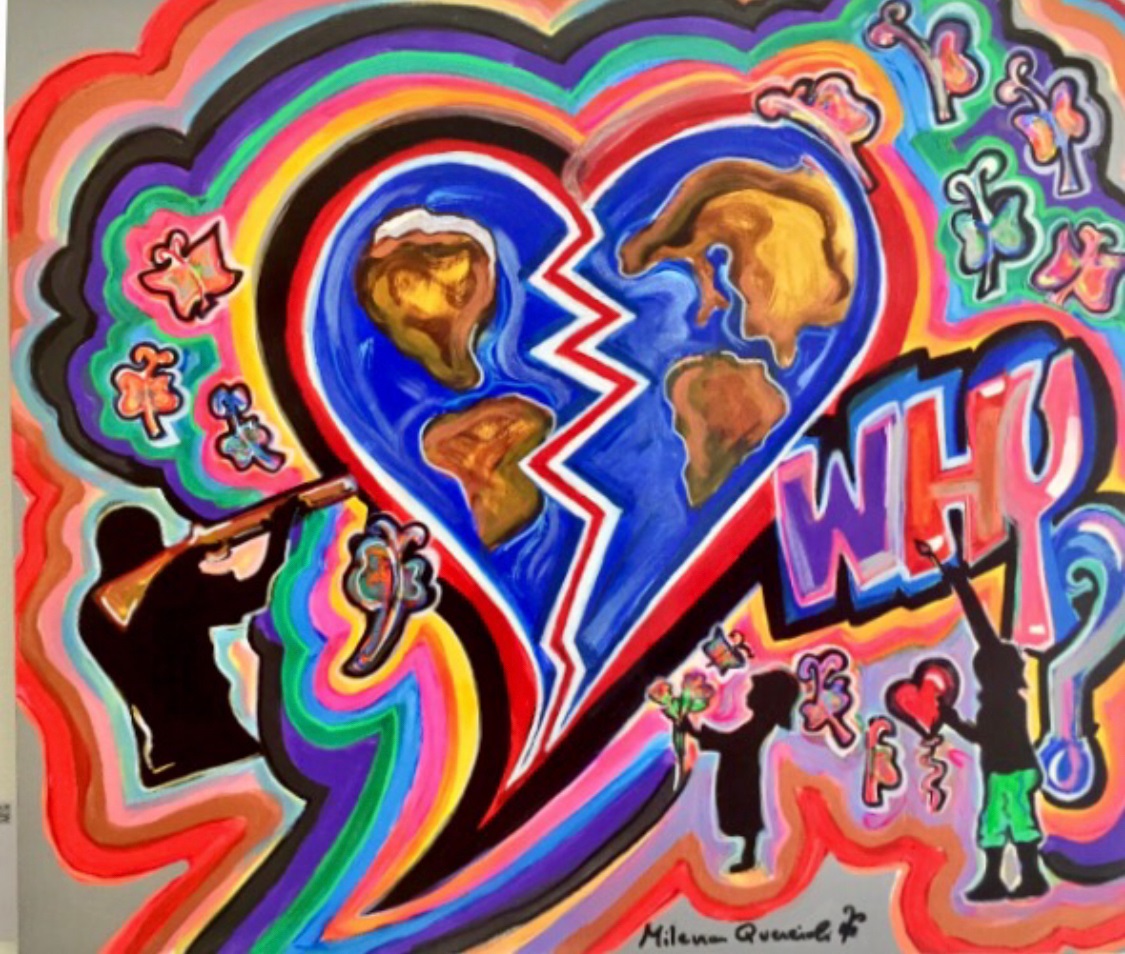 Why? acrylic on canvas 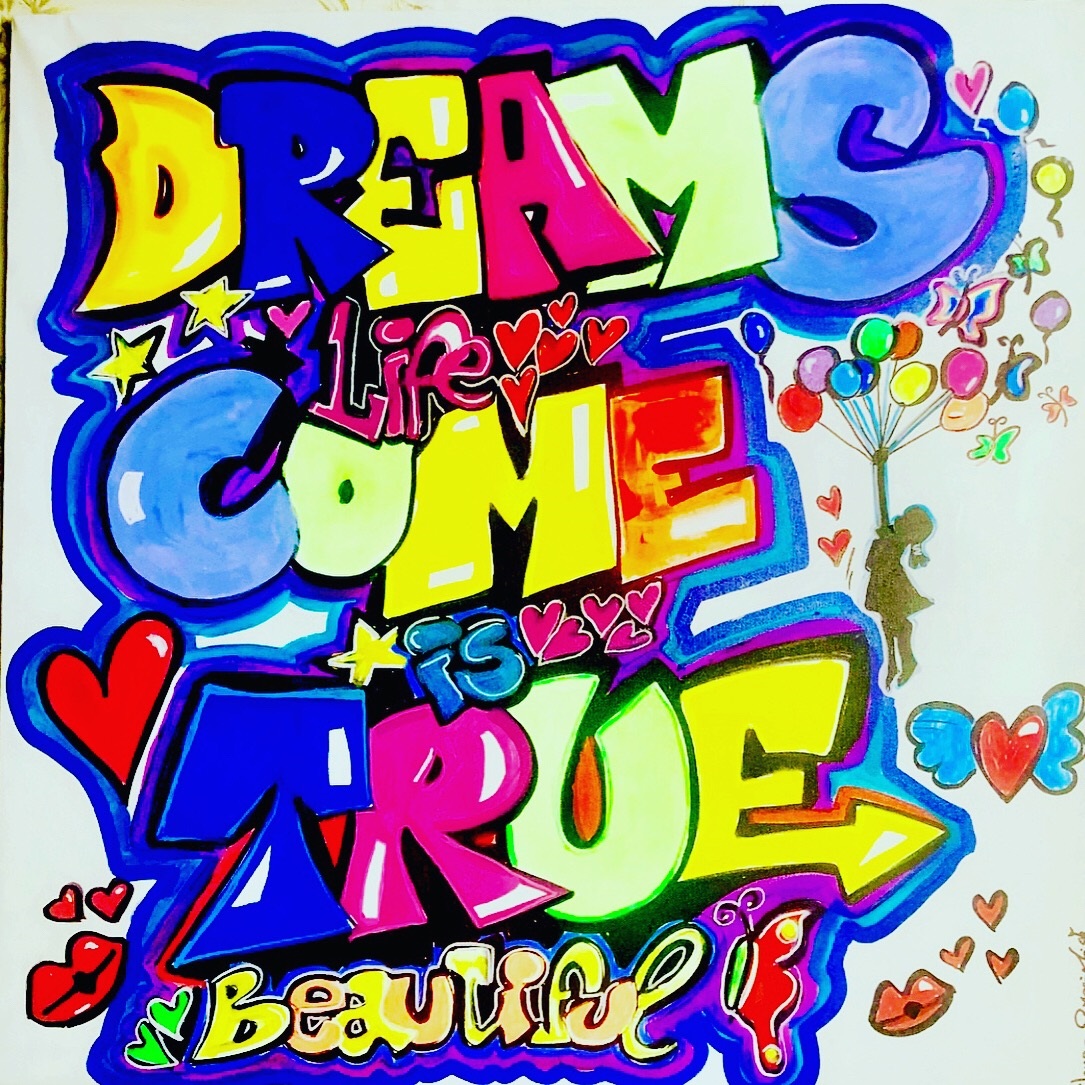